Should Hollywood star Robert Mitchum get a statue in Dingle? 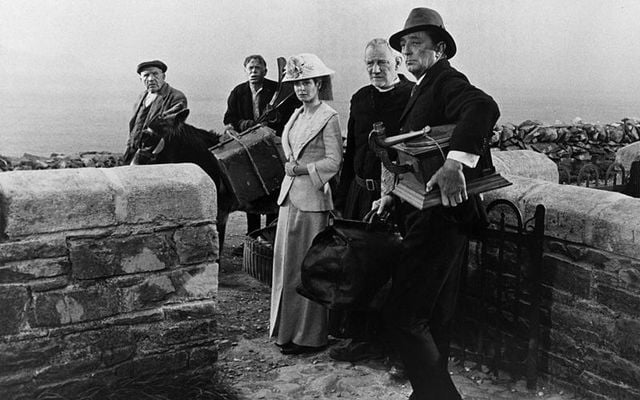 Dublin pensioner Maurice ­Colgan has called for a bronze statue of Hollywood legend Robert Mitchum to be erected in Dingle, County Kerry. The son of the late American actor also thinks it is a “wonderful idea.”

Robert Mitchum, who died in 1997, spent time in the Irish town while filming the film "Ryan's Daughter" in 1969.

Colgan, 79, who is known in Ireland for his Elvis Presley Story Museum, thinks a statue of Mitchum would be a great tourist draw.

He told the Irish Sun: “Just think of the selfies. Who wouldn’t want to get a picture of themselves with Robert Mitchum in Dingle?

"This guy was simply the coolest movie star of all time and Dingle should be celebrating their special link to him."

Colgan even contacted Mitchum’s son Christopher, who was delighted with the proposal and even offered to fly to Ireland for its unveiling.

Christopher said: “I think that’s a wonderful idea. The statue’s purpose would be to honor him and that year he spent in Dingle.”

An Editorial in the KERRY'S EYE newspaper supports my idea for a statue of Robert Mitchum to be displayed in the coastal...

While the "Cape Fear" actor once joked that the 11 months he spent in Dingle was like being trapped on Devil’s Island, there is no doubt Mitchum was adored by the locals.

Colgan said: “There are wonderful stories of Robert Mitchum walking through Dingle, shopping with a little basket, and having little chats with the shopkeepers.”

Colgan has previous experience in getting statues of the famous erected. The Elvis superfan was successful in getting a statue of The King built in the rock and roll star’s hometown of Tupelo after he wrote the town’s mayor.

Now Colgan is reaching out to Kerry’s mayor about getting the statue of Robert Mitchum.

The pensioner thinks a bronze likeness of the actor would cost around €60,000, but believes the sum could be easily raised through fundraising and government grants.

He said: "Fungie is gone and having the Mitchum family backing this statue to their dad could lead to something wonderful for the town of Dingle."

After "Ryan’s Daughter" was released in 1970, the film attracted huge numbers of tourists to Dingle.