Dermot Kennedy will be lining out alongside Irish soccer superstar Robbie Keane for the Soccer Aid 2020 event in September. 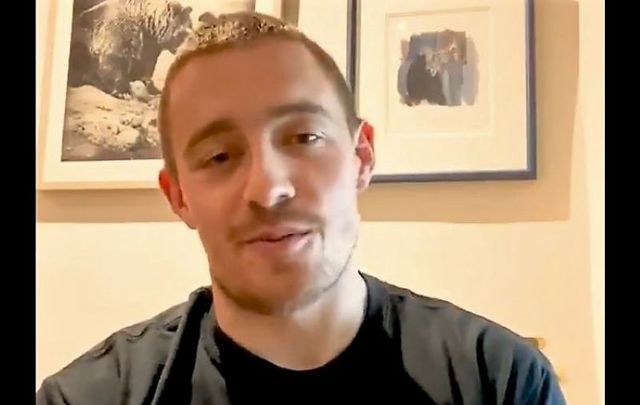 Dermot Kennedy announced that he will be playing in the Soccer Aid 2020 charity event. Dermot Kennedy, Twitter

Dermot Kennedy will be among the celebrities lining out for the Soccer Aid 2020 charity fundraiser event in the UK in September.

Irish singer-songwriter Dermot Kennedy announced during an Instagram live chat with Irish soccer superstar Robbie Keane on August 27 that he will be joining the international team for next month's Soccer Aid 2020 charity event.

"I know you've played in Soccer Aid before," Kennedy said to Keane, "I'd say it's deadly is it?"

Kennedy, who released his debut album "Without Fear" last October, later shared the news in a video:

Oh my god, this is so exciting!! Thank you @socceraid for having me join the 2020 World XI team for @UNICEF_uk on Sunday 6 September. It's for an amazing cause and I’m so proud to be part of it. Live and exclusive on @ITV and @WeAreSTV X pic.twitter.com/M2iZivkvCt

While this will be Kennedy’s first time joining in on the annual celebrity soccer match that raises huge amounts of money for charity, the Irish singer-songwriter is no stranger to the soccer - “football” - pitch.

In 2016, he was part of his local Crumlin United football club that clinched a four-in-a-row championship title. Kennedy played center-midfield for the Dublin-based football club until 2017.

Crumlin United. What a club..last game tonight to wrap up the league for the 4th year in a row. Love it ??⚽️ pic.twitter.com/qXDu5UHRFG

Kennedy had previously set his sights on going pro before discovering his love and talent for music: “I grew up just being obsessed with football and wanting to do that.

"I got a guitar because my cousin played and he was at a family party and he started playing some songs; it was only then that I realised it was what I wanted to do. But for the first few years of playing music, I was still very much mad into football – so I was very chilled out about the music, because I didn't realise that that's what I was going to be.”

In 2018, as his music career began to take off, Kennedy told Riff Magazine: “I miss sport an awful lot. I miss that release.

"I used to play soccer at home, and it was just this beautiful portion of your week that was training and the match on the weekends, that would be this portion of time where you wouldn’t think about anything or worry about anything. I miss that feeling, where you’re playing a 90-minute match, where you’re just exhausted after. That is what drives me, but sadly it is a drive I’m currently missing.”

Due to coronavirus, the annual Soccer Aid event is due to take a different shape this year. Organizers said: “Soccer Aid for Unicef is the world’s biggest celebrity football match, raising money to give kids the best start in life. But around the world, coronavirus is disrupting everything – it’s closing schools, stopping babies getting vital vaccines, increasing the risks of domestic violence and making life in disaster zones even tougher. This year we will come together and Play for Generation Covid.”

They added: "We’ve pulled out all the stops to make sure the match can go ahead because we know it will stop coronavirus making life even tougher for vulnerable children and families everywhere. But this year, you can watch the game from the comfort of your sofa on ITV and STV, instead of in the stadium."

In previous years, fellow Irish singer-songwriter and football fanatic Niall Horan, a native of Co Westmeath, has lined out for the celebrity match. It’s not confirmed that he will again be playing in this year’s match, especially given that he’s been spotted with his foot in a cast in recent weeks.

Delighted to be back playing in @socceraid for @UNICEF_uk this year! Buy tickets to see our #SoccerAid World XI team take on England at Stamford Bridge on 16 June https://t.co/QAC7ahplmT #socceraid #unicef pic.twitter.com/ciLpc5yMyp