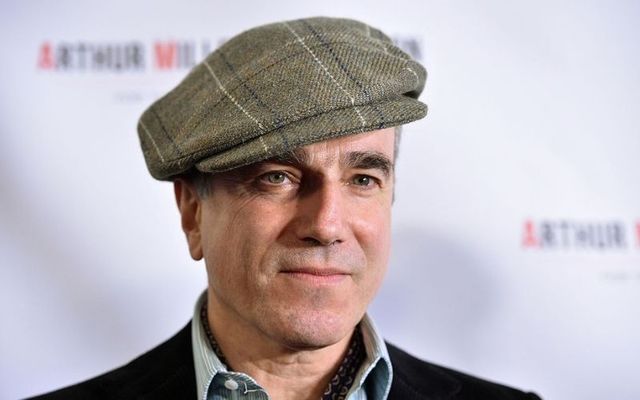 Daniel Day-Lewis's birthday is today, April 29! The actor, who was born in the UK but now lives in Ireland, is most certainly one of the greatest actors Hollywood has ever seen. Here's a rundown of some of his best roles.

Daniel Day-Lewis was born on April 29, 1957, in the UK, but now enjoys dual British and Irish citizenship, and has lived in Co Wexford since 1997.

In 2017, the Oscar-winning actor announced his retirement. The only man to ever win three Best Actor Academy Awards is an acting giant who carefully picks his roles, meaning he’s only stared in five films since 1998.

In honor of the star who Ireland is lucky enough to have as a resident, here are just a few of his top roles.

Addressing issues such as homosexuality and racism in Thatcher’s Britain, in this British comedy-drama Day-Lewis plays the rebellious street punk Johnny, an old friend of the main character Omar. The pair’s reunion quickly turns romantic as they become caretakers of Omar's uncle's launderette.

Also starring Winona Ryder and Michelle Pfeiffer, “The Age of Innocence” is the tale of a love triangle set within New York’s 19th-century high society, adapted from the Edith Wharton novel. Day-Lewis plays Newland Archer, a young lawyer who falls in love with a woman separated from her husband, despite being engaged to her younger cousin.

In this film adaption of the E.M. Forster novel, Day-Lewis is excruciatingly prim and proper as Cecil Vyse, the fianceé of Helena Bonham Carter’s Lucy Honeychurch. Day-Lewis as Vyse will make you hate the restrictiveness of the upper-class society he lives in, meaning he’s definitely doing the job he was supposed to.

Set in 1974 around the true story of the Guilford pub bombing. Day-Lewis perfectly plays the fear, anger, despair, and family loyalty and love of Gerry Conlon as he fights for justice for himself and his family for their wrongful imprisonment when they are falsely charged with placing an IRA bomb at an English pub.

Our second Irish role on the list and another with Irish director Jim Sheridan, “The Boxer” tells the tale of a boxer and former Provisional IRA volunteer Danny Flynn as he attempts to turn his life around after his release from prison.

From his eerie presence to the spot-on accent, Bill the Butcher is definitely one of Day-Lewis’ most terrifying roles. Serving as a butcher’s apprentice as he researched the role, Day-Lewis more than deserved his Oscar nomination for creating such a mad character to act as Amsterdam Vallon’s (Leonardo Dicaprio’s) adversary.

Playing one of the most iconic US Presidents during an integral time in US history brought in yet another Best Actor Academy Award for Day-Lewis. Set during the Civil War on the brink of the abolition of slavery, his Lincoln is perfect as he struggles within his own cabinet for the emancipation of slaves.

Oil prospector Daniel Plainview and his helter-skelter personality won Day-Lewis his second Oscar in 2008. Plainview becomes a self-made tycoon when he makes a lucky strike near the Western town of Little Boston. As Plainview embarks on a ruthless quest for wealth, his moral compass deviates.

A very predictable choice for our top Daniel Day-Lewis role but his Oscar for Christy Brown in “My Left Foot” has to be one of the most deserved awards ever given. Playing the Irish cerebral palsy-sufferer Brown, who became a writer and a painter despite only being able to control his left foot, Day-Lewis is incredibly convincing and captures Christy’s spirit perfectly.

What's your favorite Daniel Day-Lewis role? Let us know in the comments!