The Ultimate Irish Playlist music show was broadcasted last night with a top 20 countdown for the Irish nation's favorite song. 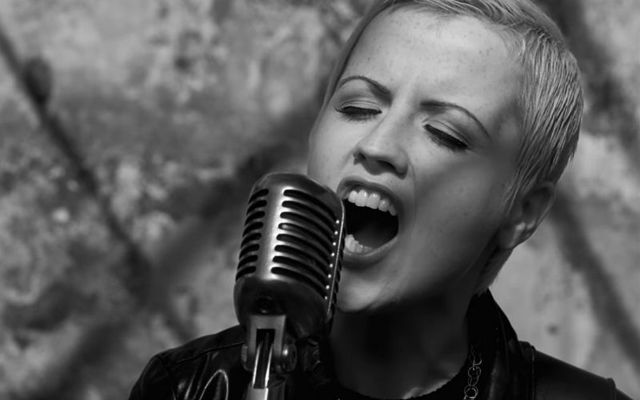 The Cranberries' iconic hit "Zombie" has been voted the greatest Irish hit of all time by Irish radio listeners.

The Ultimate Irish Playlist music show was broadcasted last night, October 31, and the countdown to crown the nation's favorite song led to The Cranberries taking the number one spot with their song "Zombie".

On the night, Girls Aloud star and Derry native, Nadine Coyle, delivered a rousing and powerful rendition of the much-loved 1994 hit. The song was written about the IRA bombings in Warrington, England, in 1993 which killed two children. The protest song condemned the use of violence during the Troubles and deals with a mother's heartbreak after their innocent child was killed in the Warrington bombing.

Dolores O'Riordan, who passed away in 2018, wrote the powerful lyrics and previously said in an interview that she wanted to distance herself from the small minority of Irish people who used violent means to achieve a United Ireland, giving rise to the famous "it's not me, it's not my family" lyric.

O'Riordan detested that the bombers claimed they carried out the act of terrorism in the name of Ireland. Despite being written specifically about the Troubles in Northern Ireland, the song resonated with anti-war protestors the world over.

The Ultimate Irish Playlist (as voted for by RTÉ 2fm listeners):

2. The Pogues – Fairytale of New York

3. Thin Lizzy - The Boys Are Back in Town

7. Sinéad O'Connor - Nothing Compares 2 U

11. The Stunning - Brewing Up a Storm

B*Witched commented that they were delighted to discover that their catchy anthem, C'est la Vie, made it onto The Ultimate Irish Playlist.

In a huge feat for an Irish band, twin sisters Edele and Keavy Lynch, Lindsay Armaou and Sinéad O'Carroll, recalled how the song helped them to crack America.

"If somebody had said to me 24 years ago that C'est la Vie would still be played in clubs and on the radio, I don't think I would have believed them," Armaou said.

Did your favorite Irish song feature in the top 20? Let us know in the comments below!

The Ultimate Irish Playlist is available to watch on the RTÉ Player.

WATCH: When "Star Trek” predicted the unification of Ireland