The Craic Fest is back - live and online - this March and this week they have revealed the headliners for their standalone Craic Music Fest night. 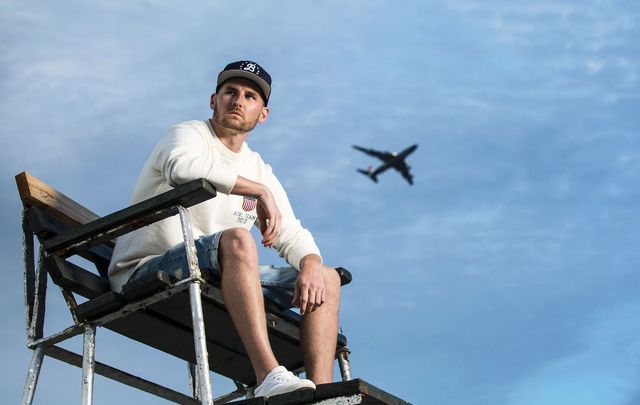 The Craic Fest is back - live and online - this March and this week they have revealed the headliners for their standalone Craic Music Fest night, which will be held on March 12 at the Mercury Lounge in Manhattan.

The opening act will be Dublin-based rapper Nealo, whose 2020 album All The Leaves Are Falling critics hailed as “hip-hop that tips the hat to the coolest and most instinctive neo-jazz rhythms you'll hear outside New Orleans.”

A rapper cut from a different cloth, his lyrics blend deeply rooted and relatable personal stories with classic Dublinisms in a manner that appeals to the head and the heart. His tracks also address classic Irish themes like emigration, break-ups, drug and alcohol use, the loss of friends, and the death of loved ones, but in Nealo’s hands, they also tell the tale of his own path to becoming the artist and man that he is today.

Also taking to the stage is special guest is Dublin rapper Rebel Phoenix. Praised for his by critics for his inspiring lyrics, he is equally at home rhyming over breakbeats, trap beats, or atmospheric soundscapes and his diverse style and innovations know no bounds.

Rebel’s stated aim is to make his music relatable to the listener while hanging on to the originality of his main creative priorities, which has led to him standing out from the crowd.

Local Irish American Hip hop artist legend Bobby J from Rockaway will be the headliner at the Craic Fest 24 Music Fest this year. Bobby's 2020 album Endless Summer and his One Mic and Drum project saw him working with Grammy-winning drummer Daru Jones, and his more recent work has included his appearance on the compilation album called Tabula Rasa.

Because Bobby's track Where I'm From was filmed at Rockaway's annual St. Patrick's Day parade in 2020, just days before the pandemic lockdown, there is a special aura about his return to live performances in the city.

Craic Music Festival Director Terence Mulligan agrees: “This year's music fest is a great mix of local Irish hip hop. This will be an epic night for New York City and the Irish community after such a long lockdown. And by the way, who said Irish hip hop would never work?”

Doors will open March 12 for the Craic Music Fest at 7 P.M. at the Mercury Lounge, tickets cost $15.

To book your tickets to the Craic Music Fest and the Craic Fest visit thecraicfest.com