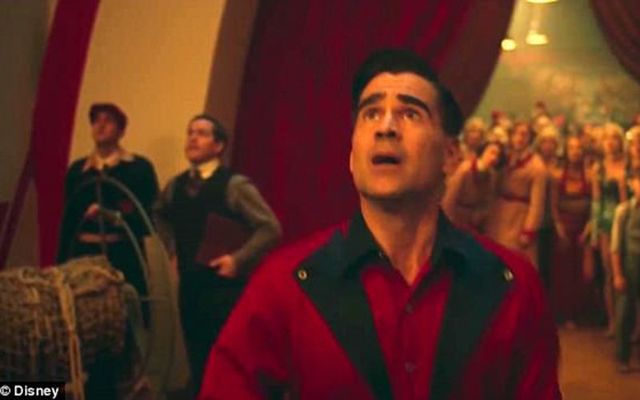 Dumbo is undoubtedly one of the darkest Disney classic movies, so who better to make a live-action adaptation than Tim Burton? And who better to join him than Colin Farrell, who has evolved from action star to dark comedy gold in the past decade of his acting career.

Dumbo tells the story of an orphaned elephant whose over-sized ears are made fun of until it turns out they also grant him the gift of flight.

The entire plot has been fleshed out for Burton's remake, which is where Colin Farrell comes in. He plays Holt Farrier, a circus horseman who returns from WWI a widower and missing one arm. He must now figure out how to care for his two children and find his footing in Max Medici's (Danny DeVito's) floundering circus.

In an interview with EW, Farrell had some pretty moving words to say about Dumbo's message of “inclusion, acceptance, kindness, and support," and talked about how he was happy to finally be in a movie his kids, 8 and 14, can see.

At the start of May, Farrell gave an exceptionally personal and moving speech at the Ireland Fund Gala in New York about the experience of raising a child with Angleman Syndrome, his appreciation for the opportunities afforded to him and his son because of Farrell's own fame and wealth, and his desire to see other parents and children offered those same chances.

Posted by IrishCentral.com on Saturday, May 5, 2018