Christy Moore will be on the Late Late as he releases his latest album, while Vicky Phelan will be discussing her emotional decision to stop cancer treatment. 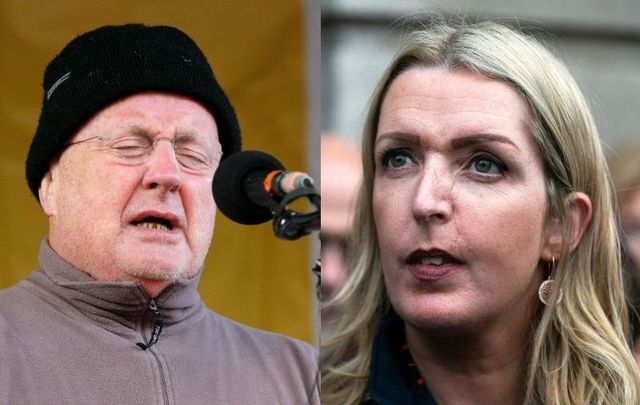 Christy Moore and Vicky Phelan will both be appearing on the November 19 episode of RTE's Late Late Show with Ryan Tubridy. RollingNews.ie

Moore will join host Ryan Tubridy to chat about being honored with a lifetime achievement award at the RTÉ Radio 1 Folk Awards earlier in the week. Moore is set to play an exclusive selection of songs from his new album Flying into Misery, which was released earlier on Friday.

Moore was presented with the award by Dublin singer Damien Dempsey during a live event at Vicar Street on Tuesday evening hosted by John Creedon and Ruth Smith.

Highlights of the event will be broadcast on RTÉ One on Saturday, November 20.

Dear Listeners,
My new album “Flying Into Mystery” is out today on @SonyMusicIre & available here - https://t.co/JgIvtOUKB5
Also, I’ve been invited to play 3 songs from the album on the Late Late Show this evening (RTE 1 from 9.30 pm) - I hope you can tune in.
Thank You.
Christy pic.twitter.com/oxZ9sXa1pa

CervicalCheck campaigner Vicky Phelan will also appear on Friday's show to discuss her decision to stop her chemotherapy treatment.

Speaking on the Ryan Tubridy Show on RTÉ Radio 1 on Thursday, Tubridy called on the public to send messages of support to Phelan ahead of her appearance on the Late Late Show.

He said that Phelan could do with public support "today, tomorrow, and for the next few weeks".

"We love her... I don't think there is a person listening who doesn't."

In a post on Instagram, Phelan said that "quality of life is far more important" than quantity of life.

We're joined by @PhelanVicky, @christymoore45, some inspirational families whose lives changed for the better thanks to the #LateLateToyShow Appeal 💕, we have comedy from @GiftGrubMario & a musical tribute to Freddie Mercury @QueenWillRock 🎸 pic.twitter.com/p4utF6M5M8