What we know about Christina Aguilera’s Irish roots

“Genie in a Bottle” and “Dirrty” star posted a shot of herself in on Drury Street, in Dublin’s city center on Wednesday night with the caption “Proud of my Irish roots” but what do we know about Aguilera’s Irish ancestry? 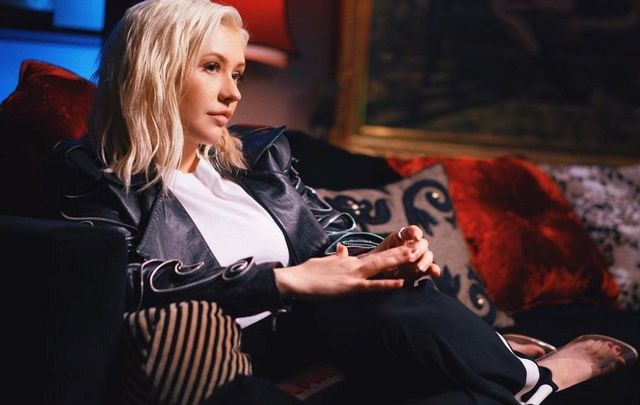 US pop star Christina Aguilera is proud of her Irish roots. Xtina Instagram

“Genie in a Bottle” and “Dirrty” star posted a shot of herself in on Drury Street, in Dublin’s city center on Wednesday night with the caption “Proud of my Irish roots” but what do we know about Aguilera’s Irish ancestry?

The US pop star, who burst on to the scene in 1999, grew up in Irish American communities across New York and Pennsylvania, with her Irish lineage coming from her mother's side, Shelly Kearns.

Proud of my 🇮🇪 roots pic.twitter.com/XmawpKdXld

Aguilera was born in Staten Island, New York to an Ecuadorian father and Irish mother. She was predominantly raised by her mum after her parents separated when she was just 11 years old. Sadly, there was domestic abuse in the home which Aguilera said brought her and her mother Kearns closer together.

After the marriage broke down Shelly Kearns and her daughters Christina and Rachel moved from San Antonio in Texas, to Pennsylvania to start a new life. Through all the upheaval in their lives it seems that Kearns kept the Christina’s Irish heritage as a constant for her daughter.

Speaking to the Mirror Kearns said “A lot of people get all in a fuss about Christina wanting to explore her Latin side and not mentioning her Irish side much, but that's only logical.

"She was raised in an area which was predominantly Irish her whole life. I was a single mother raising her with my mom, Delcie Dunfee, whose comes from County Clare.”

After her first relationship Kearns then went on to marry an Irish American.

She continued “Irish customs have always been a big part of our lives, so she had no need to go exploring them.

"For example, we'd put candles in the windows, especially at Christmas, as a symbol of welcome to Mary and Joseph.

"This is a totally Irish custom. And we'd decorate the house for St Patrick's Day with shamrocks and leprechauns."

"Did that make us proud? You have no idea how proud,” she said.

"It was her priest, Fr Rick Thompson, who brought us a copy."

It’s wonderful to see that she’s back to her roots in Ireland this week!

The 37-year-old last toured in 2006 and 2008 with her “Back to Basics” album. On Wednesday night she was performing for a private event in the Three Arena, on the River Liffey. It’s been reported that Aguilera headed to a nightclub in Dublin and got down to her own, 2002, hit “Dirrty”. She was sadly spotted leaving Dublin on Thursday morning.