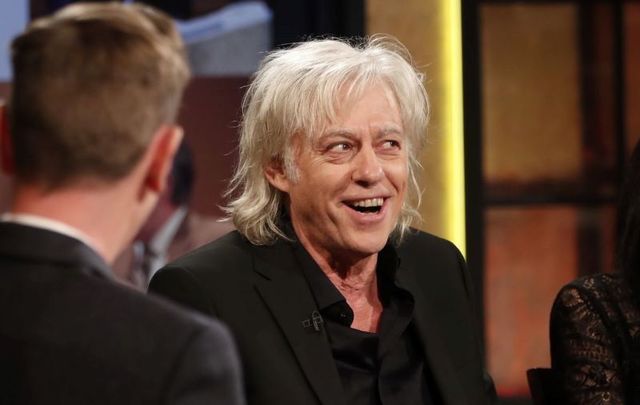 There's no slowing down Bob Geldof.  The 68-year-old Dublin-born rocker/activist is having plenty of fun in the sack with his French actress wife Jeanne Marine.

Sir Bob, promoting the revival of his band the Boomtown Rats – a new album drops next week – spoke to Irish comic Tommy Tiernan last weekend on his chat show, and the host, 50, point-blank asked what sex was like at 68.  Dubliner Bob didn’t hold back.

"That laser-driven (sex) drive of a 16-year-old clearly isn't there and as you age it tempers, which you must understand at 50.

"By 68, it doesn't always need chemical assistance, but it f**king helps!"

Bob and Jeanne have been together for 25 years, and he’s still got the hots for her.

“And also you must be very careful because the beauty of a long-married wife hides in plain sight.  You must always look to that woman who animates you so that once again she electrifies you, and it’s very easy with my missus…I’m sort of a one-woman geezer,” he revealed.

On a more somber note, Geldof also spoke about the death of his daughter Peaches, who was only 25 when she died of a drug overdose six years ago.  The grief is a constant, he says, and comes whenever it feels like it.

“You're driving along and you're at the traffic lights and for no reason whatsoever the person in question inhabits you,” he said.

“And I'll cry and then I'll look around to make sure the people around don't see me or are posting a photo or whatever, but that happens and that happens to everyone.

'You just do it, you cry to the maximum and then you go. The grief is bottomless and intimate. I didn't understand why I lost everything I thought to be true.”