Blake Lively and Ryan Reynolds are currently residing in Dublin

The famous acting duo are believed to be staying in Dalkey with their two daughters while Lively films in Co. Wicklow. 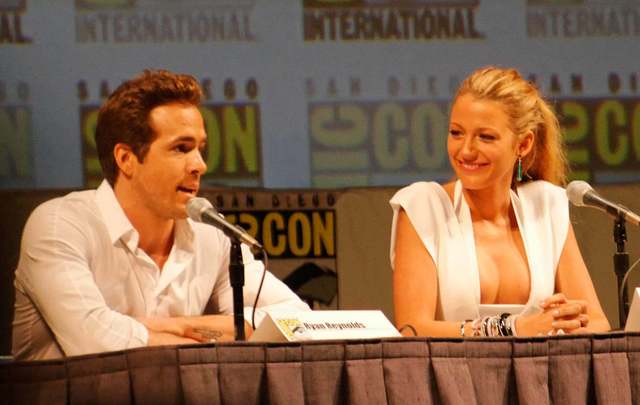 Blake Lively and Ryan Reynolds are currently in Dublin. WikiCommons

Blake Lively and Ryan Reynolds are living in Dublin! The golden couple landed in Ireland last week as they relocated to the Emerald Isle with their two daughters while Lively films for her latest project “The Rhythm Section” in Co. Wicklow.

It is now being rumored, however, that the golden couple has rented an apartment in Dalkey, a popular south Dublin suburb that would allow them privacy with their children.

“Blake and Ryan wanted to stay somewhere really low key, and make sure the place was suitable for their kids,” a source told Goss.ie.

Read more: Ryan Reynolds hopes his Irish roots can get him a role on Game of Thrones

Best. Birthday. Everrrrr. Courtesy of my wife, buddy, and international spy, @blakelively. With huge thanks to my favorite restaurant in NYC, @_o_ya_ -- and a special shout out to our children for not ruining everything like they planned.

“Before they arrived, they arranged for fresh flowers to be displayed in the apartment, and they even had a new trampoline put in the garden for their daughters James and Ines.”

Lively, who rose to fame as Serena van der Woodsen in teen drama "Gossip Girl", is currently on location in Ireland to film “The Rhythm Section,” a female global espionage thriller, directed by Reed Morano of Hulu hit “The Handmaid’s Tale.” Her latest project is also being produced by those of the recent James Bond movies.

“The Rhythm Section” is a movie adaption of a book by Mark Burnell which follows the adventure of Stephanie Patrick, a woman who becomes a deadly assassin in order to seek revenge on those responsible for killing her family in a plane crash that was intended to kill her.

@vancityreynolds didn’t even do one outfit change from the sidewalk to the inside. (Lazy)

So far Lively and her husband Reynolds have not been spotted in or around their new home buy many people are excited to hear what they have to say about living on our little island.

While Lively was posting to social media over the weekend, in which she expertly burned her husband and the way some people mistake him for fellow famous actor Ryan Gosling, there have been no posts of Irish green fields or the Wicklow Mountains to report.