The Irish country star will perform 15 dates throughout the US in May and June. 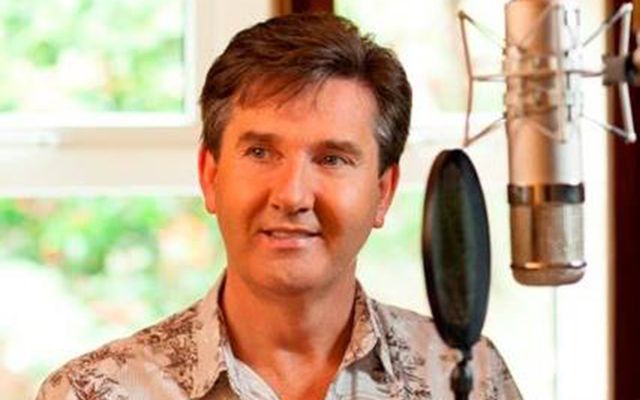 Much loved Irish country star Daniel O’Donnell sets off on a new US leg of his “Back Home Again” tour this Tuesday, May 16, beginning with a show at Boston’s Boch Center Shubert Theater. His tour will take him across the country to performances in front of his adoring fans at 15 different locations stateside that he missed the last time he toured America in 2016.

“We introduced some new musicians and some different instruments when we went back touring earlier this year and I am delighted to say that they have been a great success, fans everywhere have complimented them on their great talent as musicians and have really welcomed them on board.”

One of Ireland’s best-loved artists, Daniel O’Donnell is a country singer and TV personality who has been a household name throughout Ireland and the UK since 1983. He has sold over 10 million albums to date and is known as something of a cultural icon in Ireland with an extremely loyal fanbase who know him as “Wee Daniel.” He came to prominence in the USA back in 2002 with his first ever PBS special – “The Daniel O’Donnell Show.”

“Wherever we go is great,” he said of the US crowds.

“The audiences are very enthusiastic and they give us a great welcome. No matter where we tour it's always good.”

O'Donnell recently accomplished something not managed by any other artist – he became the first artist to have a record in the UK charts for 30 consecutive years. He was in Australia when news reached him and, far from adopting a rockstar attitude about the achievement, he modestly claimed that it was the result of the large number of albums he produces compared to other artists.

“It's great but, I mean, I record an awful lot. Most artists and bands wouldn't put an album out every year. I just always recorded every year there was a demand for it,” he said.

The demand has been there. Since 1988, his albums have charted each year in the UK. His continued success further afield in the US has seen him and his band make 14 specials for PBS, the last of which was recorded just last Christmas to be broadcast, hopefully, during the this year.

“People were always looking for new stuff so then I've recorded every year,” O’Donnell continued.

“It's kind of unique in every artist to do that and it's down to the audiences really.

“We have a great following. The UK has always been a good area for us and they really do go out and buy the albums every time, so it's quite something.”

While there are no plans for another special with PBS in the immediate future, O’Donnell does hope that the travel show he and Majella created some months ago should find its way onto US TV screens.

Called “The BnB Road Trip,” the show saw the couple traveling around Ireland and staying in local Bed and Breakfasts, highlighting the great services and accommodations available without having to check into a hotel.

“It's just us staying in B&Bs around Ireland and just what we get up to on the trip. It’s good fun,” O’Donnell explains.

“We were showing off the different places to stay. The level of service you get at the B&Bs is fantastic, you know, and they're really great way to holiday.”

The show will act as a great follow-up for anyone who sees O’Donnell perform and wants to or dreams of traveling to Ireland.

Although O'Donnell draws great support among the Irish diaspora in America, his popularity extends beyond the Irish family.

“It depends on where we are,” he tells IrishCentral. “I mean, in cities like Boston you would get more Irish but when you're away out in South Dakota and Iowa, the Irish people are seen much less at shows. Sometimes I wouldn't meet any Irish at all.

“People who were Irish would enjoy the Irish music,” he continues, “but I think now it's so easy to get home. It’s not like years ago where it wasn’t impossible but it was a much bigger thing to go home.

“Now the accessibility is great and it's easier to travel. I suppose there's always people that maybe, for whatever reason, do not get home so much so the music brings that to them. Although our music wouldn't be all Irish music, it is very much a mix of country and some of the Irish.”

Daniel O’Donnell will kick off his US tour at the Boch Center Shubert Theatre on Tuesday, May 16, at 7.30pm. Tickets and additional information for his show can be found at the Boch Center Box Office, bochcenter.org, or by calling (866) 348-9738.

His tour will continue throughout May and June including dates and New York, Pennsylvania, Massachusetts, South Dakota, Wisconsin, and Ohio. All information on locations, dates, and tickets can be found here.