"Belfast" was the only Irish winner at this year's Golden Globes 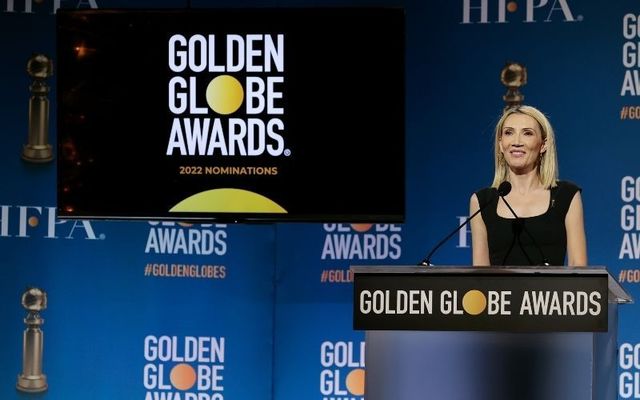 Branagh's semi-autobiographical drama received the joint-most film nominations at this year's Golden Globes along with Western drama "The Power of the Dog," with both films receiving seven nominations each.

"Belfast" also lost out to The Power of the Dog in the Best Drama category, while Van Morrison, a Best Song nominee with "Down to Joy" from Belfast, lost out to Billie Eilish's "No Time to Die" from the eponymous James Bond film.

Elsewhere, Nicole Kidman won the Best Actress for her portrayal of Lucille Ball in "Being the Ricardos," while Will Smith scooped the Best Actor award for his portrayal of Richard Williams, the father of tennis legends Serena and Venus Williams, in "King Richard."

At a controversy-laden Golden Globe ceremony, "Succession" was the big winner in the television categories, scooping Best Drama, Best Actor for Jeremy Strong, and Best Supporting Actress for Sarah Snook.

The ceremony took place against a backdrop of controversy after it was revealed last year that Golden Globe organizer the Hollywood Foreign Press Association (HFPA) had no black members, prompting an overhaul of the HFPA's bylaws.

The association was also mired by an alleged "freebie" scandal last year, with members accused of accepting trips, gifts, and other freebies from studios.

The HFPA has implemented a raft of changes addressing ethics and inclusion in the wake of the controversies, while Sunday's muted ceremony took place without, a television broadcast, celebrity guests, and the fanfare of the red carpet.

The event was instead replaced by periodic updates from the Golden Globe's official website and social media accounts.