Allen Leech back in “comfortable pair of shoes” “Downton Abbey”

Leech plays Tom Branson, the Irish chauffeur/estate manager for the family at the heart of the new Downton Abbey movie, which will hit theaters on May 18. 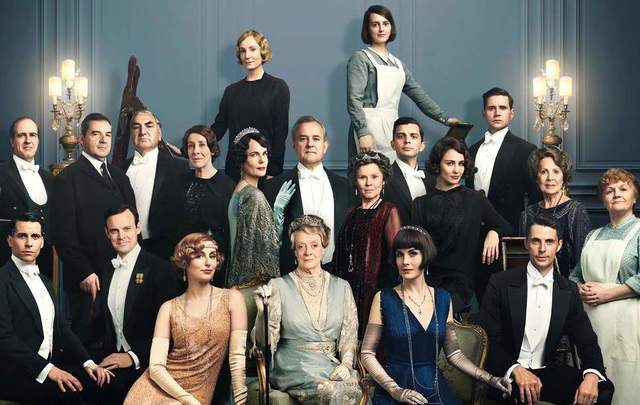 The cast of the first Downton Abbey movie. Netflix

It's going to be a happily hectic few weeks for Allen Leech, the Dublin-born actor who found fame as part of the Downton Abbey cast.  The popular English period drama aired for six seasons and also released a hugely successful movie in 2019, prompting another one, Downton Abbey: A New Era, which opens on May 18.

Leech plays Tom Branson, the Irish chauffeur/estate manager for the family at the heart of the story.  His character’s storyline opens the new film with a wedding.

“It’s like slipping into a comfortable pair of shoes to be honest,” Leech told Image magazine about returning to the role. “We’ve been doing it so long that, genuinely, it’s quite nice when you come back to a character that you’ve played for so long because you do know him so well.”

Tom, Leech revealed to the Irish Examiner, was supposed to be British, but when he auditioned for the role the powers that be liked his Irish accent.

“I'm very happy that that's there. I think the Irishness is very important but it was a happy accident of the fact that I auditioned for the part,” Leech said. “The part was supposed to be a guy called John Bronson and he was supposed to be from Yorkshire. When I went in, I'd practiced my Yorkshire accent but Julian (the show’s creator and writer Julian Fellowes) said, ‘No, keep yours. Actually, I have an idea.’ And it literally was born out of that.”

A New Era had its Irish premiere in Dublin last Wednesday, and of course, Leech was there.  It was the first time that he brought his two-year-daughter to Ireland; he and his wife Jessica are expecting their second later this year.

“I'm bringing my daughter home, the first time she'll get to go to Ireland, which is wonderful, and meet some of her cousins that she hasn't got to meet yet,” said Leech, who currently lives in London.

As for a third Downton Abbey film?  As of now, there are no plans, but if the show’s massive fan base responds as they did for the first movie, it’s a no-brainer that a third will eventually follow.

“It’ll come down to whether they want to, you know, I suppose vote with their with their bums,” Leech says.

Check out the trailer for Downton Abbey: A New Era here-

LISTEN: The truth and legacy of the Phoenix Park assassinations 140 years on