“A Year in Dublin” video captures the city’s magic

Two young filmmakers press record on their hometown and hope to inspire with their beautiful short. 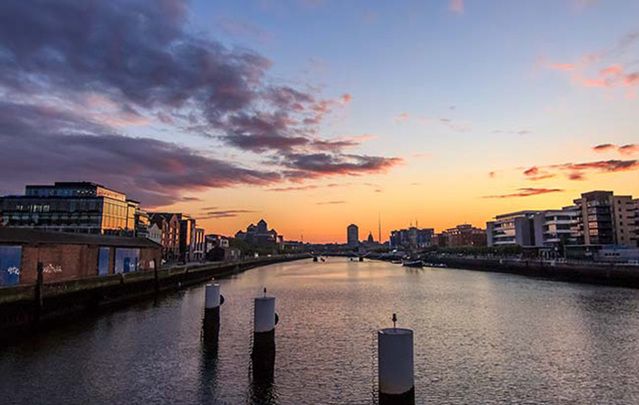 Two young filmmakers press record on their hometown, Dublin, and hope to inspire with their beautiful short.

Filmmakers Leo Hynes and Ciaran Neilan, of Zooko Creative, filmed Dublin city for a year with the hope of capturing “its well-known magic.”

The result displays a Dublin city that often goes unseen, that many locals might take for granted or visitors might not imagine, and that certainly seems “magic” in this short film released in 2014 (see below).

Both born and raised in Dublin they were inspired by videos of other great cities and one in particular by fellow Irishman Andrew Clancy’s 2011 video “A Year in New York” they set about capturing the beauty they see in their own city.

Leo Hynes took some time out to speak with IrishCentral:

What or who are Zooko Creative?

We are a small start-up company based in Dublin. A Year in Dublin was our first project, and we’re now looking for new opportunities and projects.

What was the inspiration behind the video?

The inspiration for the video came from seeing some amazing videos about cities worldwide. In particular, the short piece called “A Year in New York” by fellow Irishman Andrew Clancy was a big inspiration. We thought, why not.

Dublin? There’s so much going on in the city that all we had to do was go out there and hit record.

Was there anything (positive or negative) that struck as you were putting together the video?

I suppose we expected the people we filmed to be more camera shy. While a lot of it was candid shots, most of the time when someone did see a camera in our hand they weren’t afraid to give a wave or a smile.

The city is full of performers!

How’s the reaction been to the video?

The reaction to the video has been incredible, we’ve been a bit overwhelmed by it all, and how quickly it took off. A lot of people were commenting about how it made them homesick, or emotional or proud about their city and that was really a great feeling to know our work was having that effect on people.

What are your hopes for the video?

Our hopes for the video are for people at home to be proud of their city when they see it, and for people abroad to be inspired to come visit it.