The Irish and eating disorders: what you need to know 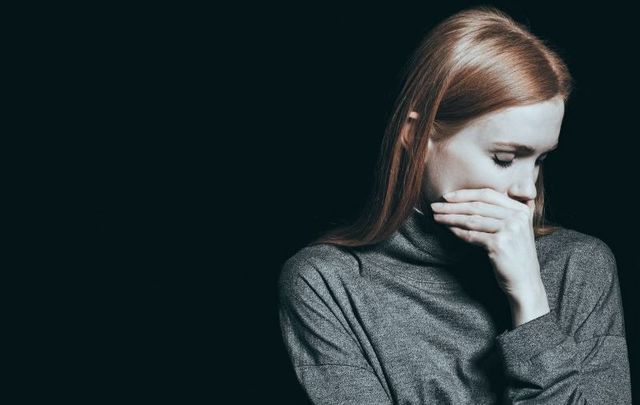 Ireland is not immune to eating disorders. Getty Images

The Eating Disorders Association of Ireland declared in 2006 that an estimated 200,000 Irish people were affected by bulimia, anorexia, or compulsive overeating with 400 new cases each year, representing 80 deaths annually.

Read More: Mental health resources in Ireland and the US

Following the publication of this report, an ever increasing number of people in Ireland has been diagnosed with eating disorders. The current prevalence is about 85% female, the majority aged 15-24, although more women, and even men, in their 30s, 40s, and 50s now suffering from eating disorders.

Read More: My mother’s mental health and its ripple effect on my life

Rosalyn Sheehy, a Dubliner, has written about her recovery from bulimia in a new genre she calls Comic Book Therapy (CBT). "Loopy Loo: A Story of Beating Bulimia" is an illustrated poem about how Sheehy developed bulimia after her father’s death when she was a teen.

Now a law graduate and a passionate advocate for eating disorder sufferers, Sheehy says, “I wrote this book to lessen the shame of eating disorders. Since we Irish are renowned for our sense of humor, I put a little humor in bulimia's tumor and wrote the book in a cartoon format.”

In discussing her recovery, Ms. Sheehy said, “I can say that St. Patrick’s Hospital In-Patient Eating Disorder Program in Dublin kick-started my recovery, but it was my finally owning up to how destructive bulimia had become for my body and my life that was the hardest part."

"Bulimia is a terribly lonely and insidious disease, a horribly destructive cycle of bingeing and vomiting, and it is rampant in secondary schools and boarding schools throughout Ireland. All eating disorders of bingeing, purging, or starving may begin as an occasional episode, but for the emotionally vulnerable, at crucial milestones like puberty or starting University, they become a deadly dangerous secret that ruins lives for years and steals health and beauty."

"The more acute patients I met at St. Patrick’s Hospital also suffered traumas like sexual abuse, bullying, and bereavement. For me, bulimia was my way of burying the pain of my Dad’s death. Bulimia was the devil I knew. It was helping me avoid my grief but was slowly destroying me from the inside."

“As a once-oppressed race, I think the Irish have an innate insecurity and willingness to please. We Irish are well known for our literary prowess, but on a personal level, it is safe to say, we are sometimes not the best communicators. We have a tendency to sweep what bothers us under the carpet. 'Everything is grand!' (When everything is NOT grand!) 'I am fine!'  (When I am NOT fine!) This eagerness to act as if nothing is wrong comes with a price, and eating disorders can go undetected for a decade."

“I also think the cold, dark, damp winters have a lot to answer for. There is a prevalence of Seasonal Affective Disorder (SAD) in Ireland. Amongst teenage boy,s there is a rising rate of suicide while teenage girls here tend more to get eating disorders."

“Ireland, as a country on the edge of Europe, is as cosmopolitan as any, and we are not exempt from preoccupations with weight and body image. There is a constant tug of war to be thin while Irish mothers and grandmothers show love, comfort, and nurturing with mashed potatoes, brown bread, and homemade jam!

“I hope eating disorders become less of a secret so girls, women, and, yes, boys and men, can get the help they need!”

The most common eating disorders:

As Director of The New York Center for Eating Disorders, I originated the term “emotional eating” in 1982 to describe how troublesome inner feelings – not hunger – can trigger someone to binge, purge, or starve.

Emotional eating is about being hungry from the heart, not from the stomach. People with emotional struggles find it easier to blame their "fat" (real or imagined) as the cause of their life's unhappiness rather than face whatever stress, anxiety, depression, grief, anger, or sexual conflict is underlying their food and weight preoccupation.

Eating disorders are a way to comfort ourselves in the midst of emotional pain. And it's easy to turn to food to cope. After all, food is the most legal, cheapest, socially approved, mood-altering drug on the market!

For many people, trusting food is safer than trusting people. For many people, loving food is safer than loving people. After all, food never leaves you, never abandons you, never dies, never mistreats you. You get to say when, where, and how much. No other relationship complies with your needs so absolutely. So people detour their hungers from the heart through their relationship with food.

Read More: The raw pain of depression despite living the Irish emigrant dream

Each person's journey to solve their eating disorder is unique as a fingerprint. For the eating disorder sufferer: keep reaching out until you find the treatment or therapist that is knowledgeable and supportive of your individual recovery needs. Healing an emotional eating problem is about reclaiming the vitality of your inner self that has been hidden by your consuming relationship with food.

Eating disorder recovery is about self-compassion, hope, health, healing, and wholeness or as Ms. Sheehy’s Loopy Loo would say:

This is the first step on the way to recover

True healing begins when we learn to sink our teeth into LIFE, not into excess food!

Read More: Benefits of choosing to break an addiction