The only official Gaeltacht outside of Ireland is in Ontario

Canadians and Americans display their pride and commitment to their history by maintaining the Irish language. 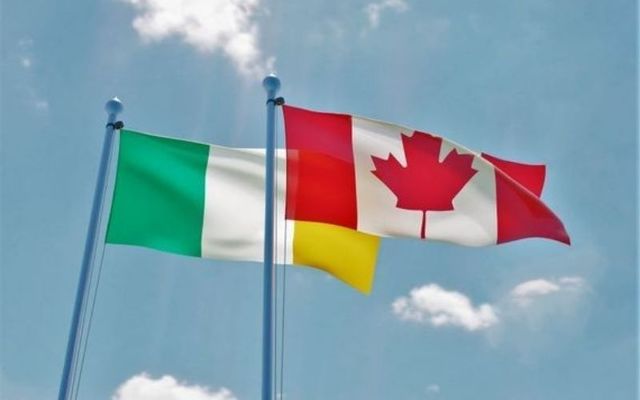 The only official Gaeltacht outside of Ireland is in Ontario Getty

Did you know there is a Gaeltacht in Canada?

There is quite literally a little bit of home in Ontario, Canada, where the Gaeltacht Thuaisceart on Oileáin Úir (North American Gaeltacht) joyfully celebrated everything Irish and more importantly the Irish language.

According to data compiled by Ireland’s most recent Census in April 2016, the total number of people aged 3 and over in Ireland who could speak Irish was 1,761,420, or 39.8 percent of the country’s population.

Well-known Gaeltachtaí (Irish-speaking regions), such as an Ceathrú Rua, in Galway, and Anagaire, in Donegal, continue to keep the language alive.

However, 30 kilometers outside north of Napanee, where originally Irish immigrants fleeing the Great Hunger settled is the first Gaeltacht outside Ireland.

For those in this Ontario settlement, the Irish language acts as a lifeline to their history, their culture and to Ireland itself. On this 62 acres of land, they strive to keep the language alive by celebrating the language hosting arts festivals, summer camps, classes, Irish dance, music, Gaelic games and most importantly speaking Irish.

The Gaeltacht, part of the mother organization Cumann na Gaeltachta, was founded by Séamus Mac Concharraige in 1994 and has continued to thrive since.

“People like to connect with their roots. There’s a sense of pride in that identity,” says Sheila Scott, one of the founders of the Canadian Gaeltacht, at its current location.

Over 37 million Americans have Irish ancestry and according to 2007 American Community Survey, 22,279 people speak Irish at home. Irish is the 76th most spoken language in the US.

Although there are smaller Irish speaking areas North America, in areas such as Newfoundland and Nova Scotia, which have large Gaelic speaking populations, Ontario is home to the only official Gaeltacht outside of Ireland.

In recent years the Irish government has established funding for fluent language teaching assistants to travel to Canada and the United States to teach at universities.

Similarly, North Americans are traveling to Ireland to polish up their Irish skills taking part in course such as those sponsored by the Fulbright Commission in Galway.

Here’s an impressive video of North Americans speaking about their love for Ireland and the Irish language:

Irish schools should not be run by the Catholic Church