Getting Creative in Dún Laoghaire-Rathdown! 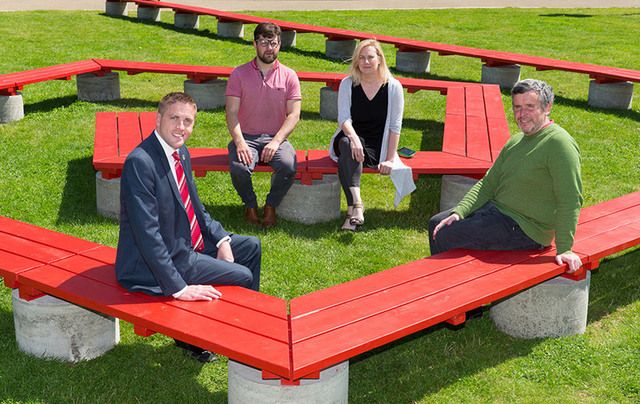 Get creative by strolling down to the Red Jetty in Dún Laoghaire.

This year, government initiative Creative Ireland is highlighting some of the best projects, events, and initiatives that are bringing culture and the arts to the forefront in every Irish county and Dún Laoghaire-Rathdown is no different.

Over the last 22 years, Dún Laoghaire-Rathdown County Council has invested in the area’s cultural capital and this unique and culturally rich part of the country is already home to a vibrant creative community of writers, artists, performers and a host of dedicated participants in local arts, creative and cultural activities.

Here are some of the best events and long-term initiatives you should know about in Dún Laoghaire-Rathdown to help you get creative:

A vibrant temporary installation in the County, Dún Laoghaire-Rathdown's Architects Department will have a touring "meet seat" known as the "Red Jetty". The "meet seat" design concept is a vibrant temporary installation that will move around a number of locations in the County. It will create both a physical and psychological engagement between young and old, provide awareness of the surrounding space and a place for conversation.

With echoes of Dún Laoghaire Pier, the geometry of the bench starts as a line and then spirals in on itself to make a forum at its center.  Painted in a signal red and resting on cylindrical concrete, it can be easily disassembled, allowing for various other geometric configurations to suit its setting each time it is relocated around the County.

With support from the Dún Laoghaire-Rathdown County Childcare Committee, the Arts Office has developed commissions that allow artists, early years children, and educators time and space to research, develop and perform brand-new artistic and interactive experiences for preschool children. This project will be based on one of the community child-care settings ensuring that early years children have access to quality arts activity in their local area in 2017.

A free fright fest of spooky thrills and chills from Dun Laoghaire-Rathdown Events. The Haunted Forest will be filled with spooky characters, scary noises, eerie fog and strange sights to behold. Children of all ages are welcome to partake in the festivities with ghosts, ghouls, and games galore. Late October, Marlay Park.

Get into the Christmas party mood with an evening of gospel music that’ll make your heart soar at the Pavilion Theatre in Dún Laoghaire. Begins December 2.

Dún Laoghaire-Rathdown Enterprise will organize a temporary pop-up-shop focusing on quality craft and design products made locally, assisting and empowering the producers, and attracting visitors to the area. November and December 2017.

Ukulele Hooley By The Sea

Spend a day thanking the ukulele for the music with this brilliantly barmy seaside hooley in the People's Park Dún Laoghaire. This summer it ran August 26-27, keep an eye out for info on August 2018!

Is there an upcoming event in Dún Laoghaire-Rathdown you think people should know about? Tell us in the comment section.