Getting Creative in County Monaghan! 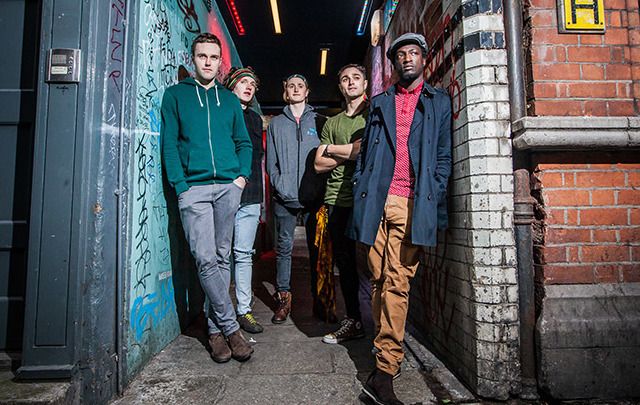 Get creative with MOXIE at the Tradoodle Festival in Co. Monaghan.

This year, government initiative Creative Ireland is highlighting some of the best projects, events, and programs that are bringing culture and the arts to the forefront in every Irish county and Co. Monaghan is no different.

Renowned for its diverse cultural and creative sensibility, the home county of famed Irish poet Patrick Kavanagh is steeped in a rich cultural heritage and industry. In recent years the establishment of the Monaghan Heritage Network and the Monoghan Arts Network has enabled and developed even more community awareness and engagement in arts, culture, and heritage.

Monaghan may be the smallest county in Ulster, but don’t confuse small with quiet – there is an abundance of exciting artistic and cultural events in County Monaghan as part of the county's initiatives for Creative Ireland. Whether you’re into visual arts, music, literature or Japanese culture, there’s truly something for everyone.

The Quiet Tree at Tradoodle Festival.

Tradoodle Festival is a new traditional arts festival for children taking place in selected venues throughout Co. Monaghan between October 24-28.

Presented by Ceol Connected in association with Monaghan County Council, Tradoodle Festival is working with local partners – schools, day care centers, libraries, arts venues, and community centers – to enhance and invigorate traditional arts, folklore, and other forms of artistic heritage in the county.

An exciting element of this year’s program also includes ‘Sí Beag, Sí Mór’ – an artist residency – where traditional artists from different disciplines will come together to explore, develop, and present early stage ideas and new work for children.

This year Monaghan County Council has commissioned Artist Siobhán Mac Donald to respond to/engage with the Black Pig’s Dyke, a series of discontinuous linear earthworks in southwest Ulster and northeast Connacht. This will involve the artist engaging with an archaeologist regarding the earthworks known as the Black Pig’s Dyke.

This commissioned piece/work will be in an agreed medium, with a focus on the Black Pig’s Dyke's archaeology, folklore, natural setting and will include scientific results from the past investigations. The work will aim to communicate or engage with the public about the uniqueness of these pre-historic earthworks through the dialogue and conversation initiated by the artist and her creation in her response to this project.

The MOPOSOG meets on the first and third Wednesday of each month at the Market House. This is a focus group for poets, songwriter, and short story writers.

The Patrick Kavanagh Resource Centre in Inniskeen celebrates the life and legacy of famed Monaghan poet Patrick Kavanagh. The weekend and special poetry awards in his name take place September 29 – October 1. The center is open and hosts events and workshops throughout the year.

A showcase event from the Monaghan ARTS Network takes place on the last Wednesday of each month in the Market House, with 4 to 5 acts from various genres of the arts making presentations or performing.

An image from Drum et Stedi I Irland, 1996, by Krass Clement.

The famed Danish artist Krass Clement first came to Monaghan in 1991, for a residency at the Tyrone Guthrie Centre in Annaghmakerrig. While there, Clement's photographs captured the local residents in a unique and compelling series later published in his book "DRUM et Stedi I Irland." In October 2017, Clement returns to Monaghan for a series of film screenings, exhibitions and talks:

One of the biggest film festivals in the area and now in its 16th year, the Clones FIlm Fest offers an action packed program of new Irish and international cinema October 26 – 29 in the town of Clones.

Crystalline, an exhibition by Siobhan McDonald

The works of artist Siobhan McDonald merge visual art with the sciences, as she considers the role of humanity as the leading force of change on Earth. In conjunction with the Monaghan Science Festival, her exhibition created to mark the launch of the Solar Orbiter into Space in 2018 will be on display from September to November at The Market House in Monaghan.

For one week from November 12 – 19, Monaghan will be all about science.  Get ready for workshops on coding, using art and crafts to learn about science, and exploring biodiversity, the environment, and our heritage. Some of the best national and international scientists, artists, researcher, and speakers, who will demonstrate, showcase and discuss a broad range of subjects, and the week will conclude with a Family Fun Day to make sure even the littlest scientists are engaged.

One of Ireland’s leading live music festivals, the Harvest Time Blues Festival has been an annual event in Monaghan Town since 1990, drawing acts like Van Morrison and Mick Taylor (former Rolling Stones guitarist). This year ran from September 1 – 3. Keep an eye out for info on 2018!

Ireland’s biggest small festival ran August 10 – 13 in Carrickmacross, Co. Monaghan and featured a stunning line-up of varied acts, from bands like The Magic Numbers and We Cut Corners to comedy shows and visual arts workshops. Teatro Due Mondi, an independent theater group from Faenza in Italy presented their tolerance-teaching street theater show Carosello, as well as Fiesta, which transformed the streets into a South American-style parade.

Check out the full culture and creativity plans for County Monaghan here.

Is there an upcoming event in County Monaghan you think people should know about? Tell us in the comment section.