Getting creative in County Clare! 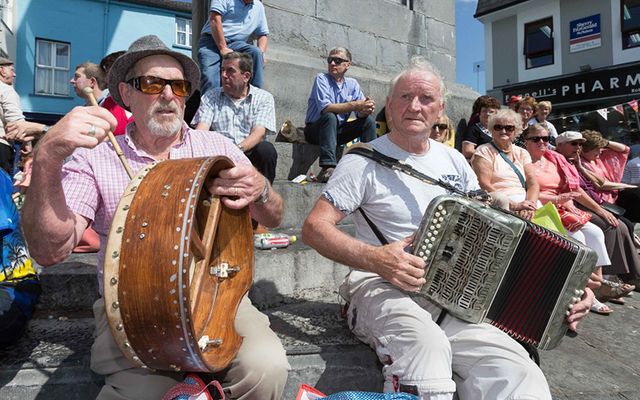 The Clare Fleadh is just one of the many cultural and creative highlights happening in Clare. Creative Ireland

This year, government initiative Creative Ireland is highlighting some of the best projects, events, and initiatives that are bringing culture and the arts to the forefront in every Irish county and Co. Clare is no different.

A hive of Irish culture and history, Clare is already home to some 150 festivals a year, positively brimming with the arts and offering visitors the perfect combination of renowned cultural events and inspiring surrounds.

Here are some of the best events and long-term initiatives you should know about in Co. Clare:

Fleadh Cheoil na hÉireann is the most important event in the traditional music calendar. For many, it is the culmination of months of hard work and practice as they compete against fellow musicians, singers, and dancers to achieve the recognition of being an All-Ireland champion. For others, it is a unique and welcoming festival of the best of traditional arts that offer a wide range of activities to be enjoyed by all. Ennis, Co. Clare was selected as the location for 2016 and 2017 - no small feat. Attend to check out Ireland’s most talented traditional artists, August 13 - 21, 2017.

The Co. Clare Creative Ireland 2017 program was officially launched on July 31 in Seán Lemass Public Library, Shannon, by Cathaoirleach of the County, Cllr Tom Mc Namara, along with the Chair of the Social Development Strategic Policy Committee, Cllr Gerry Flynn. Also present was Ennistymon Choral Society, one of the first groups to lead out the program in April with its 44th musical production "All shook up" as well as Tulla Scouts, represented by Sharon Donnellan.

The Co. Clare Heritage Office will emphasize Heritage week events in August which aim to educate more people around the enjoyment of the natural heritage of the county.

The Heritage Office is also involved in the making of three short films which highlight the work of the oral history organization – Cuimhneamh an Chláir, the wetlands of Loop Head, and the Cultural center in Kilkishen, Co Clare.

Walk & talk opportunity for the local community, cultural groups, residents, and visitors to learn about wetland habitats and the Wetland Restoration Project in Shannon. August 2017.

Local scouts between the ages of 12-18 years will paint the building with the help of scout leaders. September 2017, Tulla Old Boys School

Public and professional theater performances with a particular focus on disability groups including managers, parents, guardians, and friends. Ennis, October/November 2017.

Clare Arts Office initiatives will be in operation over the coming years, including the establishment of a film forum in the county, the development of a new local arts and artists showcase website, the production of a CD of traditional songs for and by Clare children, and artists residencies.

Is there an upcoming event in Co. Clare you think people should know about? Tell us in the comment section.