11 words the Irish use that confuse Americans

“Listen, I'm going to slap on me runners and leg it down to the chipper!” - and other confusing Irish phrases. 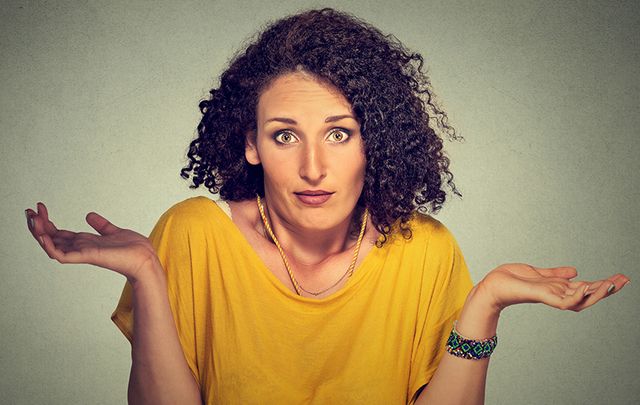 Wha' ye eejit...are you confused by the Irish lingo? iStock.

“Listen, I'm going to slap on me runners and leg it down to the chipper!” If you understand this sentence then you’re well on your way to understanding how the Irish use the English language and make a version of it that's entirely their own.  We were inspired by an article featured in TheJournal.ie to put together a list of words that are uniquely Irish. More to the point, words that the writer (a relatively new Irish immigrant in New York) uses regularly that never fail to stump Americans. Here’s my pick of the top ten random Irish/English words:

This one seems like sound Irish logic to me. What do you do when you put on your sports shoes?...You run! Therefore your sneakers shall be known as runners.

Again, this seems totally logical to the Irish mind. The hotpress is the airing cupboard where you might store sheets and towels, located next to the boiler. So, therefore, it is a press (cupboard) which is hot.

Now, here’s where the office staff start to wince. The American name for this painful little spot on your tongue or gums is a canker sore. We’ve all decided that that sounds far worse that a gum boil, so we’re going to stick with the Irish terminology on this one.

You would use this in a sentence like: “Do you know the yoke you use to make coffee?" See, it’s simple. The Irish appear to be noun-deficient and have many words that can be used to replace nouns. For example “Where did I put that thingamabob?"

No, this is not someone who has hurled themselves off a building. It’s simply a sweater, not to be confused by a jumpsuit. Made famous by the Irish song “Where’s my Jumper?” by The Sultans of Ping FC.

Mostly frequented after a night of gargle (alcohol), a chipper is a takeaway place that sells chips (French fries), fish, battered sausages and other fried foods.

Americans call it a sidewalk, but in Ireland, it’s called a footpath. This is quite simply a path for your feet.

Not the variety of shoes that go on your feet. A boot is the trunk of a car. The place where your spare tire, groceries and other bulky items go. A common command as an Irish child was to “pop the boot."

In Ireland, a ride usually refers to an attractive person, male or female. It is not when your friend offers you a lift to the shop.

Perhaps referring to taxidermy, when an Irish person says they are ‘stuffed’ it means they have had their fill of food.