The singer denies claims he may, in fact, be the father and fans worldwide tear up at the uncanny resemblance. 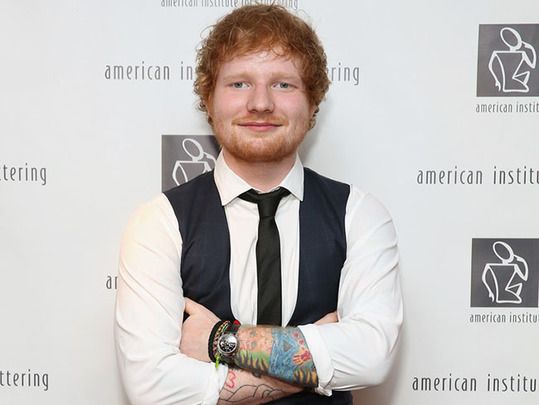 The singer denies claims he may, in fact, be the father and fans worldwide tear up at the uncanny resemblance.

Everybody's favorite redhead Ed Sheeran has had to answer some uncomfortable questions this week after a photo of a little girl appeared that even Sheeran’s own mother could mistake for a baby photo of the English-Irish singer-songwriter.

Two-year-old Isla Walton from Devon in England is the spitting image of pop superstar and the internet has gone crazy for the toddler, questioning whether there is any relation between the pair.

The viral photo has even come to the attention of Sheeran himself who immediately made clear that there was no link between them, just an uncanny resemblance. "She's not mine!" the singer quickly said when shown a picture of Isla during an appearance on "Good Morning Britain." Isla’s mother Zoe Walton had hoped that the photo would come to the attention of the “Shape of You” singer and she more than got her wish.

"It's mad the kind of things that go viral," Sheeran stated before talking with host Richard Arnold about whether he would like to have his own kids in the future.

Isla Walton could easily pass for Ed Sheeran. What do you think?

If it does happen in the future, we’re sure that Isla will be back in the limelight to compare whether she looks more like the redheaded musician than his own offspring.

The resemblance had been noticed by the family some time ago, but it was only earlier this month that they decided to post a photo online to see what other people thought.

"I did get comments from our family that she looks like Ed for a while, but only last week did we decide to put [the photo] online," Walton said, explaining that she also has a five-year-old son named Alfie who does not have a famous doppelganger or look like Sheeran.

It was when Twitter user Tom Davos tweeted the photo asking why the ginger tot looked more like Sheeran than the singer himself that it suddenly grew into an internet sensation. The initial tweet has gone viral and has been retweeted over 80,000 times.

Why does this baby look more like Ed Sheeran than Ed Sheeran does? pic.twitter.com/3I50d7yQlh

Some of the reactions have been priceless, from asking Ed to feature the baby in his next video:

@1TD @ceewestbrooks @edsheeran please get this baby to play you in your next video ???

to further speculation that he may, in fact, be the father:

Have you a famous Irish doppelganger? Let us know all about it at editors@irishcentral.com.