Police are looking for three men who engaged in some very whiskey business when they stole boxes of Irish whiskey worth an estimated $30,000 from a parked delivery truck in the Thames Valley. 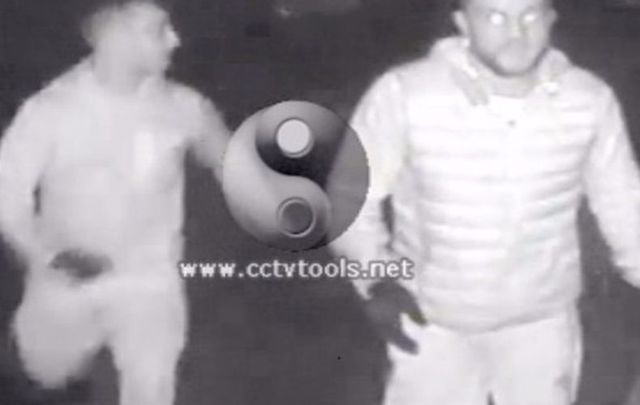 Police in Thames Valley in the UK are searching for a trio of men who robbed $30,000 worth of Irish whiskey from a delivery lorry.

The crime was the definition of whiskey - sorry, risky - business:  at approximately 1am in the morning on Monday, October 16, three men broke into the back of a delivery lorry parked at a service stop in the Thames Valley and made off with $30,000 ( £20,000) worth of Irish whiskey.

They loaded it into the back of another van, escaping after the lorry driver realized his truck was being robbed and rushed to confront the men.

Thames Valley police have just released CCTV footage of the thieves, along with a call for information from area residents:

"We would urge anyone who recognizes the people in the images or the van or anyone who has been offered bottles of whiskey from an unspecified source to get in touch as a matter of urgency," Police Constable Kathryn Tough told ITV.

Anyone with information is urged to contact Crime Stoppers.