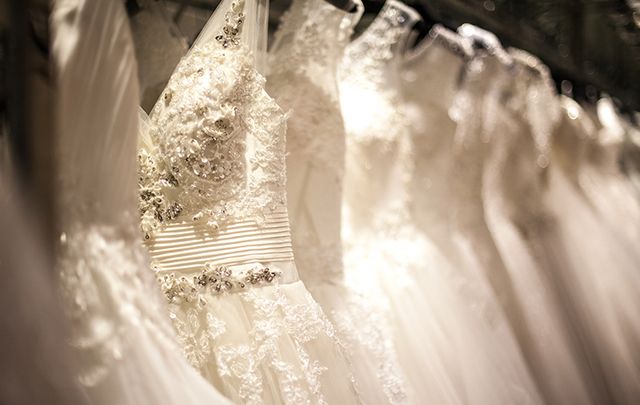 A photograph of a fabulous “trained Irish crochet wedding gown, ca. 1900” is commanding an amazing reaction on Facebook as people question the story behind the wonderful Irish wedding dress, and marvel at the artistry of its creator.

Posted by Vintage News on Facebook the Irish wedding dress, made using delicate Irish crochet, has gone viral with over 6k shares. Just some of the top emotional comments about the dress include

“Omg looks like my grandmother's wedding dress that was stolen I have the jacket for it wow I wonder if this is it?”, “Love Irish crochet! It's so much work, but the results are incredible”, and “Holy mother of beauty I would wear it for my weddingthis Iis gorgeous.[sic]”

It’s said that crocheting was introduced to Ireland by the Ursula nuns and to Mademoiselle Riego de Blanchardiere, the daughter of a Franco-Spanish nobleman and an Irish mother. As the skills spread it soon became a way for Irishwomen to make their own income. The style of Irish crocheting is influenced heavily by Venetian needlepoint lace, which is far more labor intensive.

Irish lace became a popular choice in the major cities of the world including Paris, London, Dublin, and San Francisco, which was a major distribution center for the lace until the 1906 earthquake. Sadly in the early 1900s its popularity waned as fashions changed. The skills also almost died out as lace-makers could not compete with machine-made lace in the late 19th century, and in the mid-20th century the Irish Crochet Lace making almost disappeared. However, it’s nice to see that skills and Irish artistry like this are still very much appreciated.

Often, the Editorial Team at IrishCentral get inquiries about Irish wedding traditions in our comments section and many are surprised to know that the traditional Celtic wedding dresses would have been light blue not the white or ivory dresses we associate with the big day.

The popularity of the white wedding dress, representing virginity and purity, likely has its roots in the weddings of British monarchs such as Queen Victoria. But long before that, blue was the color that conveyed the same ideas. These days, blue wedding gowns are very rare.

While we may not wear blue wedding dresses Irish fashion designers and dress makers are still pushing the envelope when it comes to wedding dress design. In fact, a few years ago Don O’Neill, the Irish designer behind Theia, created an Aran sweater wedding dress. While not quite as delicate as the Irish crochet we think you’ll agree it’s something special.

What do you think of the crochet Irish dress? Would you wear it on your wedding day?