Ninety-year-old Mary Keane is a grandmother, lives in a thatched cottage, and has become Ireland’s latest viral star 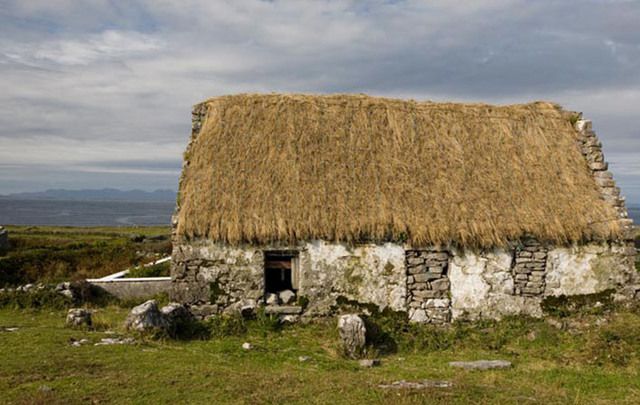 Mary Keane, a 90-year-old grandmother living in a thatched cottage in Ballyvaughan, Co. Clare has become a musical sensation with thanks to her heart-warming memories of growing up in the Clare countryside.

Daithí Ó Drónaí, most commonly known as the artist “Daithí,” is an Irish musician famous for his original music on the electronic synthesized fiddle. A few years ago, his grandmother Mary was interviewed about her experience of growing up in Clare decades ago. On hearing his grandmother’s interview, Daithí was taken aback by what she said.

“When I heard the recording I couldn't believe how personal and heartfelt it was. I hadn't heard anyone her age talk so honestly about love,” he writes.

In the interview, Mary gives an honest account full of laughter on the dating scene in rural Clare when she was a young girl and how she came to meet her husband despite the wishes of her family that she married somebody with good land.

“When we were in our young days we had several boyfriends and you know you’d have them going to dances and there would be no more about it,” she said.

“My father would come, and my uncle would come and he’d say ‘Mary there’s a fella over that has a big farm of land. You’ll have to go over and meet him.’

“I met my future husband down in Kilfenora and I fell in love with him.”

Often known as “the lad with the fiddle” thanks to his previous bouts on TV talent competitions, 25-year-old Daithí, who also grew up in Ballyvaughan, has a strong Irish traditional music background playing the fiddle from a young age, growing up listening to famed fiddle player Martin Hayes and being the grandson of noted concertina player Chris Droney. From this background, Dáithí has used the fiddle in his own unique brand of pop music.

With this history of mixing the old with the new, Daithí once again turned his hand at celebrating tradition in more modern music, mixing the words and laughter of his grandmother with his own music.

“I put parts of the interview to some chords I was writing and everything clicked into place,” said Daithí.

“It's a great introduction to the upcoming record, which is inspired by living in the west of Ireland.”

You can hear the full track here: