Hottest photographer in the world gets $500,000 per picture. 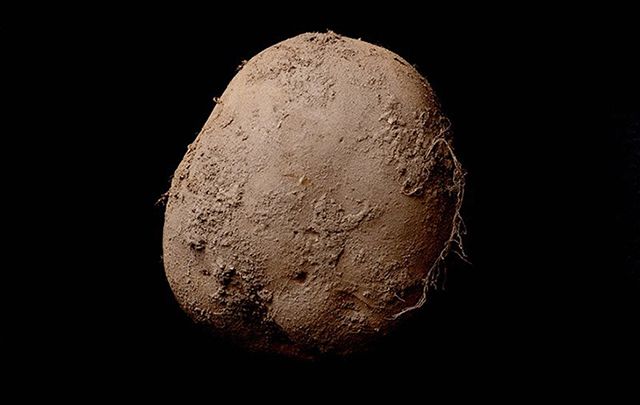 Hottest photographer in the world, Kevin Abosch, gets $500,000 per picture and sold this potato shot for a cold $1 million. Kevin Abosch

Irish-born Kevin Abosch has become the hottest photographer in the world, according to Business Insider. He has even sold a photograph of a potato for $1 million, making it one of the top 20 most expensive photos ever sold.

He has met and photographed every major Silicon Valley figure including Google Chairman Eric Schmidt, Facebook COO Sheryl Sandberg and Twitter's Jack Dorsey. Rich and famous folks pay $150,000 for a photo by Abosch with his unique black backdrop. If the picture is used commercially it costs $500,000.

“Kevin likes potatoes because they, like people, are all different yet immediately identifiable as being essentially of the same species,” his studio tells PetaPixel. “He has photographed many potatoes. This one is one of his favorites.”

The buyer saw the picture and was told the price was non-negotiable at just over $ 1 million. He agreed to buy it.

Abosch is also famous for a picture of Johnny Depp he took which he told the actor would make him famous.

Kevin Abosch, who is 47, has photographed famous subjects including: Malala Yousafzai, Bob Geldof, Vanessa Redgrave, Steven Spielberg, Dustin Hoffman, Dennis Hopper, Yoko Ono. and Aung San Suu Kyi. His work has been seen in international magazine features and covers, including Vogue. An article in the March 2008 issue of Vogue Italia reads, "Abosch knows the true face of a star"]

“I hope to find some kind of reflection on society in what I do.”

In Ireland his Faces of Ireland exhibition, which displayed 250 Irish people, from famous faces to ordinary people was a huge success when it was displayed in Terminal Two of Dublin Airport.

Abosch told TheJournal.ie, “I think when people look into an honest face, a demasked face, where the haze of reputation is removed, there is something very comforting. Just in knowing that you are sharing the human experience.

“You see both strength and vulnerability. The vulnerability doesn’t mean weakness and there’s something quite comfortable in knowing that.”