Phrases Irish women say and what they really mean

Some choice phrases from Irish women to help you decode the true meaning of their mutterings. 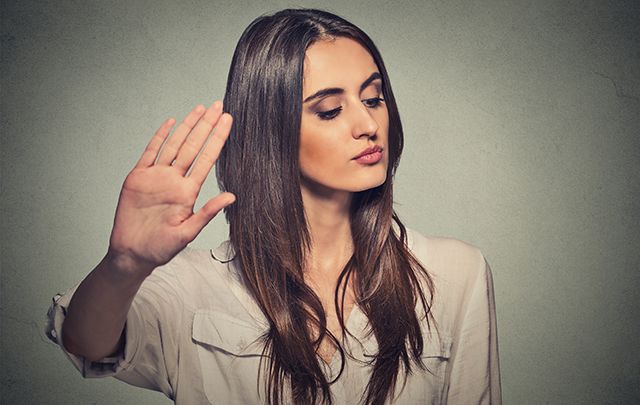 Most of these words ring true to your average female, but for a few, we have offered an Irish twist.

If you want to keep that special Irish lady happy, consult these explanations.

This is the word used by women at the end of an argument when they are normally in the right. ‘Fine’ signals that the argument is over. I wouldn’t try to follow it up.

Of course, when any woman tells you five minutes, this usually means at least half an hour, especially when she’s getting dressed. I know one husband who likes to sit in the car waiting and calls the house phone in an attempt to hurry his wife up, but it never works!

Of course, when an Irish woman says “nothing" when asked what is wrong, it’s far from nothing she means. Arguments that begin with "nothing" usually end in "fine." I know it’s tempting to probe when the word is uttered but better to keep your mouth shut and avoid the possible annoyance.

You want to cancel our dinner plans, so you can go out for a drink with the lads? “Go ahead." It’s a dare, not an approval. Don’t cross that bold Irish woman.

An Irish woman loves a good sigh, there is nothing like it. Of course, this isn’t a word, but it can be much more significant. A loud sigh signifies the woman is contemplating what on earth she is doing wasting her time arguing with you about nothing. (Refer back to 3 for the meaning of nothing)

Of course, this is a dangerous statement, is it really "Okay?" Normally not. Depending on the tone this choice phrase is delivered in, it normally means you will need to do some damage control in the not-so-distant future.

Normally this can just mean that a woman is simply thanking you. However, if she utters “thanks a lot,” this can mean pure sarcasm. On this occasion, don’t respond with "welcome," as this could result in a “whatever.”

Just walk away! She’s pissed off and this could easily escalate into a burly row. Better to just cut your losses.

Usually delivered after a woman has asked a man several times to do something and no action has been taken. Taking the bull by the horns, the Irish woman will get the job done herself.

This is a notice of approval. Generally, it means she’s in agreement with you. You should welcome this turn of phrase, the lady is content!