This Irish song is one of Barack Obama's official favorites

This Irish song was one of Obama's 22 top favorites of the last year! 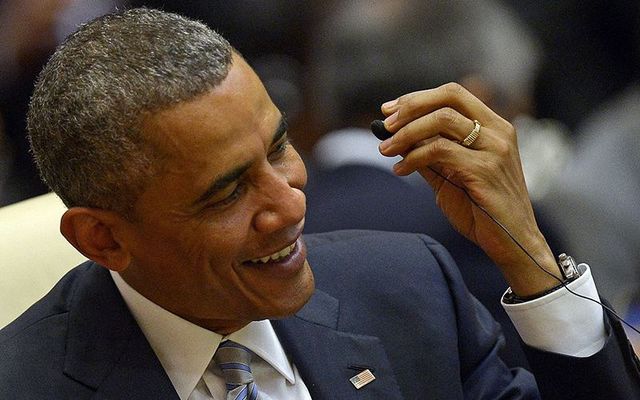 Barack Obama shared his favorite songs of 2018, and one Irish song made the cut.

As one might hope from the winner of Gallup's Most Admired Man poll for the 11th year in a row, former US President Barack Obama last December shared his favorite things of 2018, and one Irish song is among his favorites.

Obama shared his favorite songs, movies, and books of 2018 on his Instagram. Of his 22 favorite songs (listed in alphabetical order), one is by an Irish artist: "Nina Cried Power", by Hozier, featuring the incomparable Mavis Staples.

As 2018 draws to a close, I’m continuing a favorite tradition of mine and sharing my year-end lists. It gives me a moment to pause and reflect on the year through the books, movies, and music that I found most thought-provoking, inspiring, or just plain loved. It also gives me a chance to highlight talented authors, artists, and storytellers – some who are household names and others who you may not have heard of before. Swipe through to see my best of 2018 list – I hope you enjoy reading, watching, and listening.

The 28-year-old Irish singer-songwriter released "Nina Cried Power" in September as the lead song on his new EP, his first new release since he took the world by storm with his self-titled first album in 2014 and his chart-topping song "Take Me to Church".

"Nina Cried Power" is a contemporary protest song that honors the brave artists and activists who have inspired Hozier by name, including Nina Simone, Joni Mithcell, Billie Holiday, James Brown, and Mavis Staples - with whom Hozier collaborated on the track.

The music video features Irish activists such as Christina Noble, Pani Bliss, and Stephen Rea listening to the song.

Obama has long been a Mavis Staples fan and gave her introductory remarks during the 2016 Kennedy Center Honors:

Of "Nina Cried Power, Hozier has said "This song was intended as a thank you note to the spirit and legacy of protest; to the artists who imbued their work with the vigour of dissent, and a reflection on the importance of that tradition in the context of the rights, and lives, we enjoy today," making it easy to see why this song resonated with Obama in 2018.