Love Irish names? This Mom felt so blessed she named her twins the same classic name

A recent Reddit post described their colleague's choice of baby names as "idiotic" but the name seems to have split the internet's opinions. 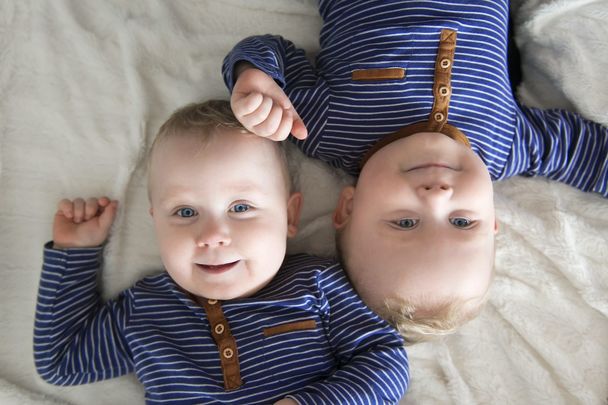 The Reddit user posted their story just before Christmas and since then it's garnered a huge amount of comments and international attention. It all started when their 39-year-old female co-worked gave birth to twin boys. Exceedingly happy news after what the user described as a "long battle with infertility".

Everyone was ecstatic for their colleague who soon returned to work and introduced them all to the babies.

On the Reddit thread "Not the A-hole", user Deadlybutterknife wrote "When asked what she had named the boys (as up until this appearance she was undecided) she told me that she was naming them "Sean".

"When I asked about the other baby, she said "no, they are both Sean, one with an "A" and one with an "E" so Sean and Seen". This co-worker's last name is also "Sean". When I pointed this out she said "yes, like Tom Tom or Jay Jay"."

So! That's like Michael Michael or Seamus Seamus. You get where we're going. First name Sean, last name Sean... but squared. One baby would be Sean Sean and the other Seen Sean the user later clarified.

The user writes "I immediately and without thinking said, "that is the most idiotic thing I've heard, and it's going to be so confusing".

"A bunch of people laughed and a bunch immediately looked away. After she left, I got a few text messages saying it's not my place to comment on people's choices of name.

"Am I the a***ole for saying that that is a terrible naming idea?"

I mean we love Irish names but what do you think? Would you go this far?

The Reddit user later posted an update that the couple, in Australia, had read the post and comments and decided to change ONE of the children's names but they're keeping Sean Sean as they like the name.