Would you tell someone if they were pronouncing their child's Irish name wrong?

One woman took to Reddit after grappling with her cousin's son's Irish name that follows the "old Gaelic tradition of nothing being pronounced like it's spelled." 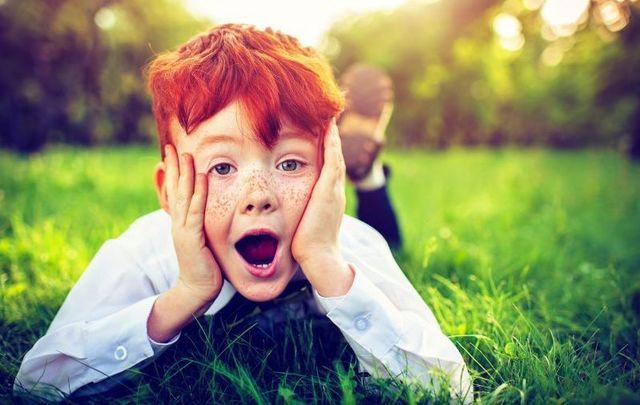 Oisín is a tough one, in fairness! Getty Images

A Reddit post went viral when it asked- would you be the "arsehole" for telling someone that they've been pronouncing their child's Irish name wrong?

In a post shared in the 'Am I the A**hole' (AITA) forum on Reddit, an anonymous user presented the tricky situation for people across the social media platform to chime in on.

On December 26,2020 the 23-year-old female explained her situation in the now-viral post: “My family is Irish, but my aunt and uncle moved to England about 40 years ago, when they were 18 so my uncle could go to university. Once in England they settled and had 3 kids, including my cousin 'Liam' (28). Liam grew up in England, married an English girl, and had a son, who's 4.

“For the sake of this post, let's say they named him ‘Oisín,’ which is an Irish name that is meant to be pronounced like "oh sheen," in accordance with the old Gaelic tradition of nothing being pronounced like it's spelled.

“I (23f) am in England right now at university. I also have a son, who is 3. Liam and I are within about an hour of each other and we had always meant to meet up. Liam suggested that yesterday, on Christmas, when he and his wife take Oisín to the park, that my son and I come and meet them.

“I had met Liam before when we were kids and teens (just a few times), but since Oisín was born we had only texted, so I had never heard Liam pronounce Oisín's name.

“We went to the park, we met up with them, and I said ‘This must be Oisín.’ Liam asked why I said it like that. I asked what he meant. He said it's pronounced like 'oi sin.' Like hoisin sauce without the h.

“I tried to move past it, introduced my son, sent the boys off to play. Liam's wife asked about my son's name (also very Irish) and I told her. Liam joked that with all I know about Irish names, it was shocking that I'd mispronounced his son's name so badly. I said something like ‘I'm not the one mispronouncing it.’

“They asked what I meant by that, and I said it's an Irish name, it's pronounced "oh sheen" and "oi sin" is probably just a result of the Irish language tricking people.

“Liam said it's how his parents pronounce it, and I said ‘your parents with English accents?’ Things then seemed a bit tense so I changed the subject saying that ‘Oisín (pronounced their way) seems like a lovely lad, though.’ The wife then said that they had to go, even though we'd been there barely 10 minutes, if that.

“That night I got a call from my aunt and uncle (Liam's parents) asking why I'd told them that they were saying the name wrong, and that "oi sin" is the correct pronunciation. I said it's really not. They said they were in Ireland until they were 18, so there's no way they could be saying it wrong.

“During this conversation, I also got a message from Liam saying I'd really upset his wife because she's now convinced that they've been calling their son the wrong name his entire life and that she loved his name before she met me.

“All 3 of them (aunt, uncle, Liam) want me to fix this by telling Liam and his wife I was mistaken and apologise for questioning their pronunciation of their own son's name. I've said I'm not apologising because I'm right, and they've called me an arsehole, saying that even if I am right (which I'm not), it's not my place to correct them on their own son's name. They also feel that me pronouncing Oisin their way at the end was being passive-aggressive.

“Am I the arsehole?”

Resoundingly, the original poster of the story was deemed by respondents to not be the "arsehole" for telling her cousin and his wife that they were pronouncing their son's name incorrectly.

While the ‘AITA’ post has gone viral in recent days, it's not the first time that 'Oisín' has made an appearance on Reddit. Back in 2018, one user pointed out that, according to Buzzfeed anyway, perhaps we've been pronouncing the traditionally Irish name wrong all along:

According to Buzzfeed I've been pronouncing Oisin wrong from r/ireland