One image of LeBlanc in a laidback pose with his arms folded and his short collar open has gone viral on Irish Twitter, with many people remarking that the actor resembles an Irish uncle. 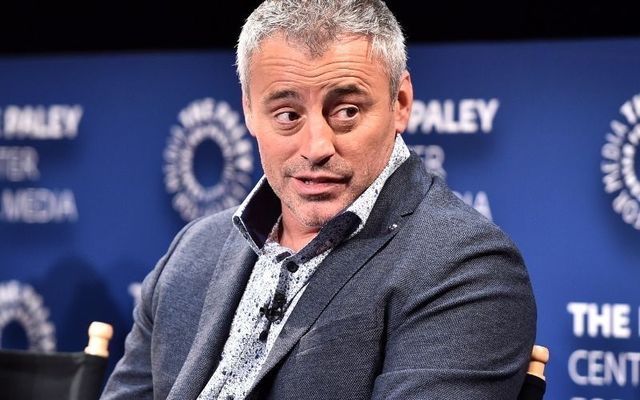 Friends star Matt LeBlanc has found himself at the center of an Irish social media storm after an image of him at the reunion of the famous '90s sitcom went viral on Twitter.

However, one image of LeBlanc in a laidback pose with his arms folded and his short collar open has gone viral on Irish Twitter, with many people remarking that the actor resembles an Irish uncle or a regular at a local Irish pub.

"Matt LeBlanc sits like my da whenever he's forced to go to my auntie's gaff," one Twitter user remarked on Friday.

"Matt LeBlanc tearfully: But I’m an Actor! I live in Los Angeles! The People of Ireland: No. Your name is Paudie. You live in Roscommon. You love Pints and GAA and you’re everyone’s uncle now," said another.

Irish comedian Dara Ó Briain commented on the strange phenomenon in a tweet of his own on Saturday evening.

"The rest of the world should know that for the last 24 hours Irish Twitter has become OBSESSSED with how much Matt Le Blanc looks like everyone’s uncle/cousin," Ó Briain said on Twitter.

LeBlanc, who played Joey Tribianni in the iconic sitcom, has more visceral ties to Ireland through his Fermanagh girlfriend Aurora Mulligan.

For now, however, LeBlanc is the darling of Irish social media and the source of non-stop comedy.

Here are some of the best tweets from the never-ending stream of Matt LeBlanc memes on Twitter.

Matt LeBlanc looks like the Dad on Christmas that is happy to see you open your gifts even though he doesn’t know what any of them are cos your Mum got them all pic.twitter.com/h0lM3CEqPi

Matt LeBlanc sits like my da whenever he's forced to go to my auntie's gaff pic.twitter.com/rm4aXlUYPt

“Two snack boxes, a dinner box, garlic chip and cheese, three salad burgers, one spice burger and a can of lilt please” pic.twitter.com/99KsMu0E78

Engineering? And c'mere to me now would there be many other girls doing that or is it just you? pic.twitter.com/SrorTYushp

I’m gonna make a thread of all of these as they’re hard to find via search and they’re all SO FUNNY https://t.co/Dqcjof09xs