We have all heard the old saying "The luck of the Irish," so the real question is whether the Irish are luckier than people from other countries? 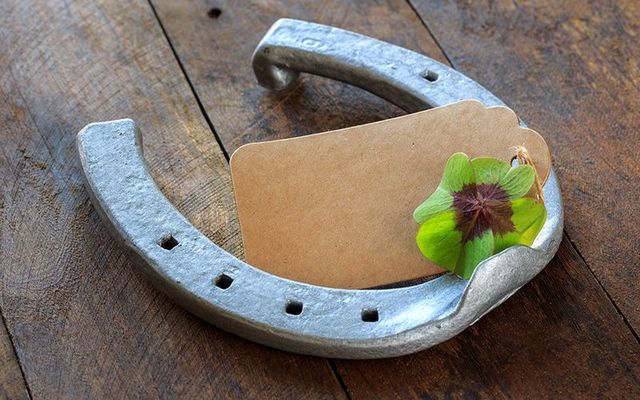 Do you believe in "The Luck of the Irish"? iStock

We have all heard the old saying "The luck of the Irish," so the real question is whether the Irish are luckier than people from other countries?

In other words, luck is in the eye of the beholder. Think about it. How often do people attribute luck to things or circumstances when they are going well, or when things just happen to work out? The answer is too often to count.

Likewise, many people attribute bad luck to situations that haven’t gone their way or when things or circumstances haven’t worked out.

But as to the question of whether the Irish are in general luckier than people from other countries, the answer is a categorical no – sorry to burst your bubble. That is except for one lucky fella who had a life-changing visit from Lady Luck.

When trained chef Sean Doyle of Newcastle, County Down in Northern Ireland logged into his favorite online slots casino like those featured on this popular site, little did he know that he would soon be given the chance to exchange his knives for close to €5 million.

The man and the phone that won him €5 million

For the plucky Irishman, Mars Attacks' online slot game (based on the 1996 Hollywood film of the same name) turned out to be his lucky charm in February this year when he won its eye-watering €4.86 million progressive jackpot at his favorite online casino.

Surprisingly the 33-year-old did not resign from his job immediately after racking up the windfall but turned up for work the next day to help feed diners who were celebrating St Valentine’s Day. Perhaps Mr Doyle has what it takes to be a saint.

Luck of the Irish originated in America

But back to the question of where did the saying the luck of the Irish come from? Well, that’s an interesting story in itself and one that originated – believe it or not – in the United States of America of all places, way back in the mid-19th century.

It was a time when ‘gold fever’ reigned supreme and intrepid miners from all over the globe traveled long and far to be a part of the latest ‘gold rush,’ including the one that gripped the U.S. state of California between 1848 and 1855.

Miners made their way to the U.S. from all over including Ireland. So it came to be that many Irish miners struck it rich during the California Gold Rush. This was the cause of much jealousy among the mining population, spawning the now infamous phrase.

While California’s gold rush is long forgotten and solely the domain of the history books, museums, and Wikipedia, that saying has continued to not only live on but to thrive and propagate. Perhaps the reason is the large contingency of Irish Americans in the United States today.

Pot of gold at the end of the rainbow and Leprechauns

That and the fact the Irish are renowned for many other luck-related icons, beliefs and folklore.

For instance, ever heard the expression ‘the pot of gold at the end of the rainbow?’ Well, that is also Irish and is closely connected to the magical and mystical leprechaun.

Leprechauns have always been depicted as elusive little bearded men usually dressed up in green coats, matching hats and black buckled shoes, always with a ready smile and a mischievous glint in their eye.

As the legend goes, leprechauns are very successful shoemakers who like to hide their profits (in gold coins) in great big pots at the end of rainbows on account of how hard they are to find.

If ever a leprechaun is caught by a human he has to grant said human three wishes in exchange for his freedom. The trick, however, is to get hold of a leprechaun because they are notoriously difficult to catch.

Hence it is believed that to catch a leprechaun or indeed discover one their pots at the end of a rainbow, would make one a very lucky person indeed.

A four leaf clover is said to bring the holder luck.

Another symbol connected with Irish luck is the four-leaf clover. There is little doubt that the association was made because of the similarity to the shamrock, a young three-leaf clover sprig and a well-known symbol of Ireland.

The reason for the four-leaf clover’s fame is the fact that it occurs much less frequently than the regular three-leaf clover. In fact, according to a recent survey just one out of  5,000 clovers has four leaves which makes them very rare, and thus especially lucky for the people that come across them.

In some quarters it is even believed that four-leaf clovers grant their finders the ability to see fairies. (Perhaps with the help of a glass or ten of Guinness or at least a few shots of absinthe).

Incidentally, while the four-leaf clover is considered to be particularly lucky, the three-leaf clover is also highly regarded in Ireland on account of it being a symbol of the holy trinity in the Christian religion.

Although lucky horseshoes may not have originated in Ireland, they are prevalent in the Emerald Isle. The story of how a horseshoe nailed on the door (typically with the open end pointing skyward) has to do with the Devil himself.

As the tale goes, Dunstan, a 10th-century saint and one time Archbishop of Canterbury, was a blacksmith before he found his calling. One day the Devil entered Dunstan’s forge and asked him to shoe his horse. Dunstan complied, but recognizing the Devil, he could not pass up the chance to nail the shoe to Satan’s foot instead of that of his horse.

Dunstan only agreed to remove the shoe (which was causing the Devil excruciating pain) in exchange for a promise from Lucifer that he would never enter any house with a horseshoe nailed to the door. That is why until today many superstitious folks in Ireland and beyond have horseshoes decorating their doors.

In addition, horseshoes with 7 holes are considered to be especially lucky on account of 7 being perceived as one of the world’s luckiest numbers.

Luck is as luck does

As to the even bigger question of what is luck, many people define it as ‘success or failure apparently brought by chance rather than through one's own actions.’ For our two cents, however, luck has everything to do with a positive mental attitude and hard work than most people realize.