Celtic women were rulers and warriors and had the same sexual freedoms as men. 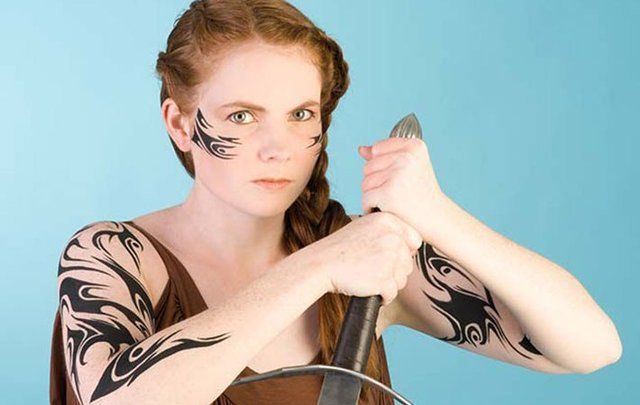 The lives of Celtic women two thousand years ago can teach us a lot about equality today.

Celtic women at the time were rulers and warriors and had the same sexual freedoms as men, according to an article on Care2.com.

In ancient Celtic times, women were trained alongside men to fight and use weapons, and they led armies into war.

When Romans attacked the island of Mona (now Anglesey in Wales), the Celtic women were reported to have used psychological tactics during the battle, such as yelling, dancing wildly and pulling at their faces. They frightened the Romans and were temporarily able to hold them off.

Roman soldier and historian Ammianus Marcellinus once said: “A whole troop of foreigners would not be able to withstand a single Celt if he called his wife to his assistance!”

Women were also leaders. Boudicca was the female leader of the Iceni, a Celtic tribe in Britain. In an act of peace, her husband Prasugatus had agreed to give the Romans a large portion of his holdings after his death. But when the Romans came to collect, they carried out horrific acts against the Celtic tribe. Boudicca was flogged and her daughters were raped.

In response, Boudicca united the local Celtci tribes and led a revolt against the Romans. They leveled the Roman administrative center of Londinium (London) and sacked two other Roman towns. They were ultimately defeated, but Boudicca was able to unite the communities and make a stand against injustice.

Celtic women were also allowed to be educated. Druids were the intellectual elite in Celtic society, and both men and women were allowed to become Druids. They were educated in history, poetry, astronomy and Celtic law. They presided over religious ceremonies and were advisors to kings and queens.

Women also had sexual freedom. Ancient Celtic culture was polygamous and polyandrous, meaning both men and women could have multiple spouses. Women were also partners in marriage. They were allowed to choose their husbands and divorce freely and remarry.