The US TV hosts think that Aer Lingus functions like in Canada, meaning they fly to and from Lingus in Ireland. 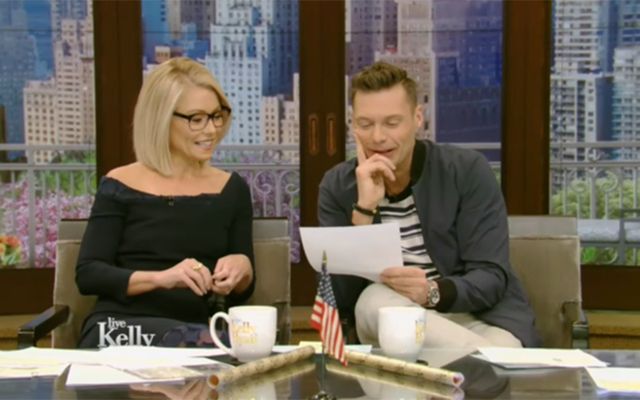 We understand, Kelly Ripa and Ryan Seacrest. If we hadn’t been brought up surrounded by Irish place names, I’m sure we would have found them difficult too but just because something looks very strange to you and happens to be Irish, does not necessarily mean that it’s going to be one of our infamously confusing-to-Americans names.

Along with our first names such as Muireann, Siobhán, Saoirse, and Caoimhe, many tourists to Ireland are often baffled when confronted with signage that reads the likes of Dun Laoghaire and Youghal but this is one of the first times we’ve heard such confusion over the name of one of the country’s biggest companies: The airline Aer Lingus.

Discussing the moving of terminals by Delta Airlines at LAX, US TV hosts Ripa and Seacrest were a little bemused at just what Aer Lingus meant. Presuming it to be similar to Canada, they concluded, however, that Lingus must, in fact, be a name of a place in the Emerald Isle.

Just in case anybody else in unaware of where the term Lingus actually comes from, the name as a whole is believed to be a clever play on the Irish-language term ‘aerloingeas’ meaning “air fleet”.

You can watch all the confusion below from 12 minutes onwards:

If Kelly and Ryan do need some help with Irish place names, however, we very kindly put together this perfect guide to understanding them which we’re sure will answer all their questions.

Or our very clever guide on how to pronounce Irish names!