Would you recognize Ireland’s Prime Minister if he walked into the restaurant you worked at? Should she be embarrassed? 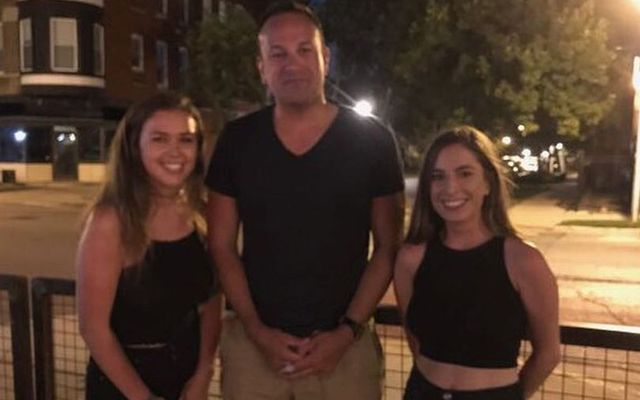 Would you recognize Ireland’s Prime Minister if he walked into the restaurant you worked at?

An Irish student, working as a waitress in Chicago on a J-1 visa, was left feeling pretty embarrassed after she failed to recognize the Taoiseach (Prime Minister) of her own country, Leo Varadkar.

Varadkar’s only been Taoiseach for two months and few would expect him to be a household name in America, but he might have expected another Irish person to know who he was.

Twenty-year-old Emma Kelly, from Dublin, said she brought the Taoiseach and his partner a set of menus and asked the pair if they were Irish.

They said they were but didn’t seem that bothered that they were being served by an Irish person, she recalled, and she left them be at a small table for two.

She bumped into her friend Emer who asked “Do you know that Leo Varadkar is sitting out there?”

“Are you joking?” she reacted.

“The Taoiseach is sitting at the tiny table?”

Speaking later to RTÉ Radio she said she just never expected to bump into an Irish politician abroad.

As for the Taoiseach, he said he enjoyed being treated like a “normal” person and ordered shrimp tacos with sautéed cauliflower.

Later, Varadkar tweeted Emma to thank her for the “gr8” service.

Emma and a friend even got a picture with the man she describes as “officially my fave Taoiseach”.

Painfully awkward pic of us and Leo when I realised it was the Taoiseach pic.twitter.com/7zxs4ugAW1

Had a fun chat with @__Emmax3 about her J1 experience and chance encounter with @campaignforleo @RTERadio1 pic.twitter.com/IZYh5KMRJ4

He honestly was so sound I'm a public disgrace