Twin brothers pull the wool over their parents' eyes and the mother's reaction is fantastic. 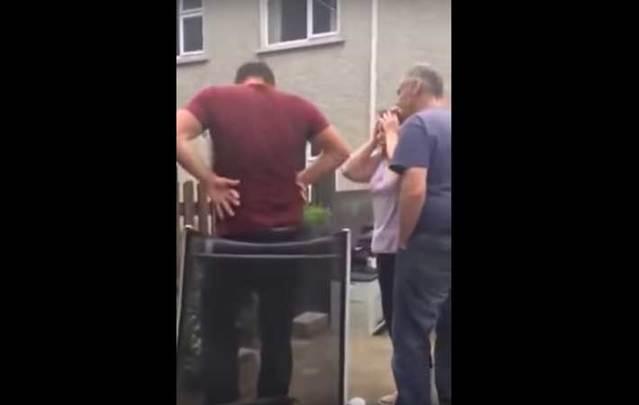 This YouTube video shows how Irish identical twins gave their mother the surprise of a lifetime.

Brothers James and Shane Duncan both live away from home — James lives in London, while Shane resides in New York.

James was already visiting their parents at home, but Shane was still supposed to be on the other side of the Atlantic when the mischievous twins decided to play a trick on their parents Anne and Niall.

A family friend sends James off to get some tools for a job in the garden. Shane returns wearing James’ clothes and their parents don’t even notice the switch until James also walks back into the yard.

Their mammy’s reaction is priceless.