Treacy’s West County Hotel in Ennis, Co. Clare will be jam packed with Patricks and Patricias on St. Patrick’s Day 2017, giving out over 500 free stays in total. 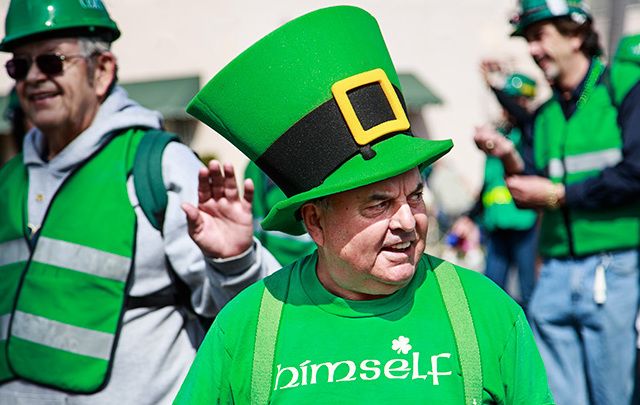 Treacy’s West County Hotel in Ennis, Co. Clare will be jam packed with Patricks and Patricias on St. Patrick’s Day 2017, giving out over 500 free stays in total. iStock

St. Patrick’s Day is always the best time of the year to be named after Ireland’s patron saint. On March 17, 2017, however,  there’s an extra special treat for those named Patrick, Patricia, Pádraig, Paddy, Pat, Pa, or any other variation on the name, as one County Clare hotel honored the occasion by offering up a free stay to anybody who could prove their Patrickness to them.

Unfortunately, the offer closed on Tuesday morning just over 24 hours after it began as Patricks and Patricias the world over rushed to send Treacy’s West County Hotel in Ennis, Co. Clare, a copy of their passport or driver’s license to receive a free night’s bed and breakfast.

With 500 spaces available in the offer, there were, unfortunately, a few catches, as 70 of these spaces needed to be taken on Paddy’s Day itself (which being on a Friday this year is not too bad a deal), while the remaining spaces were for mid-week stays in March. With a hotel full of Patricks and Patricias (and even a few French Patrices), St. Patrick’s Day in Treacy’s hotel is sure to be an extremely festive affair.

“We have had a good few American tourists book in, 55 Paddy and Patricia both free, and even three Patricks for a triple room!” the hotel told IrishCentral.

“St. Patrick's Night in Treacys West County Hotel is going to be jammed packed with Patricks and we have a great night planned.

“Patrick Treacy, the owner, is delighted with the response, personally taking some bookings from eager Patricks and looking forward to having the most Patricks in one hotel on March 17.”

The offer started simply as a result of the hotel’s owner Patrick also sharing his name with Ireland’s favorite saint and he’s made plenty of his namesake happy as a result. We look forward to seeing the craic in Ennis this year with this Patricks-only parade of guests.

Read more: Was Saint Patrick really as saintly as we believe?

Are you doing something weird and wonderful this St. Patrick’s Day like staying in a hotel full of Patricks? Let us know about it in the comments section or email info on your St. Patrick’s Day event to editors@irishcentral.com.