Aer Lingus gave three Irish families an unforgettable Christmas gift when they flew their loved ones home for the holidays. 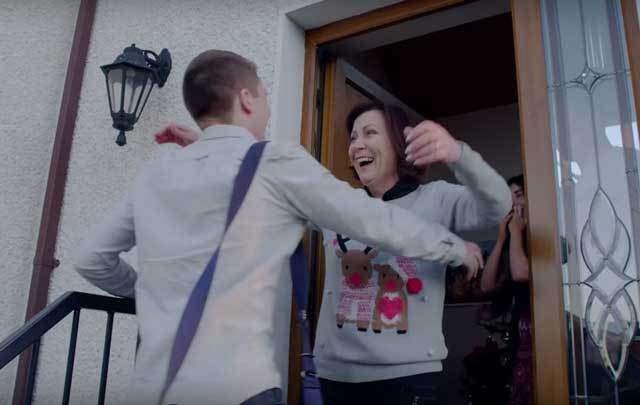 This was a Christmas contest for the ages! Aer Lingus reunited three Irish families this Christmas by gifting their loved ones with a free flight home for the holidays.

In 2016, Aer Lingus chose travelers to bring home based on the compelling reasons they gave for wanting to be at home for Christmas.

Tracey Donegan, her husband, and two sons were flown from San Francisco to surprise her parents, Joan and Tony, in Glasnevin, Dublin.

The other two travelers came from New York. James Lambert was brought home to Dundalk, while Brendan Donohoe traveled to Lusk, Co. Dublin.

The travelers’ families were all completely unaware of the Christmas surprise.

“We know that technology doesn’t replace your loved one, especially at Christmas Time,’ said Aer Lingus when they posted a video that captures the heartwarming family reunions.

“So we surprised three families with the best Christmas surprise they could ask for.”

In 2015, the airline orchestrated similar emotional homecomings when they flew five ex-pats home to Ireland for Christmas.

Read more: How to make a Guinness chocolate cake for Christmas