Determined to find himself more people to play with, an Irish dog has set up his own petting booth by a school wall. 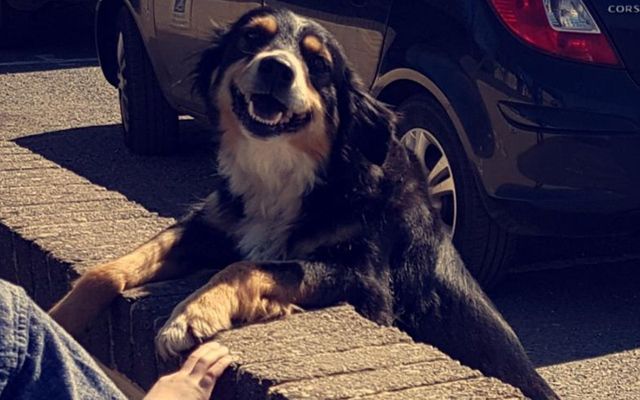 Dog wait to be petted outside a school in Co. Cavan. Reddit/Seán Conway

One very smart Irish dog has been caught cruising for belly rubs outside a Co. Cavan school. Spotted by Reddit user Seán Conway, who posted photos of the dog online. Every day, the dog walks down from his house to the local school in order to allow students and parents hanging out at the school wall an opportunity to pet him.

Conway was given a need to “paws” when he spotted the dog while attending the school for an event recently, realizing the dog had didn’t seem to belong to anyone at the school and was just there for the affection.

The clever little pooch looks the image of the cat that got the cream in these adorable snaps of him standing up by the school wall waiting for people to give him a pat. You’d be barking mad not to stop for this happy little face!

"I noticed that the dog was waiting at the wall outside, and some kids were coming over to pet him," Conway told website The Dodo.

"He waited patiently and was there for about 10 minutes before he left.

"It's a regular thing and the kids were used to it."

While this dog would certainly be well-behaved enough, they may, unfortunately, be too large to apply for the casting call for dogs to appear in the Irish National Concert Hall later in April 2017.

A small, cute but well-behaved dog is needed to start in La Boheme and its owner would need to be prepared to go on stage in costume with their pet to make sure they stay on script.

“Many years ago when we last did La Boheme and asked local people to volunteer their pets it was a huge success. We even used a rescue dog once and found him dozens of new owners,” said award-winning opera director Ellen Kent.

“We’re a nation of animal lovers after all. I’m sure there is plenty of doggie talent out there.”