The 12-year-old can't believe what he sees on his grandmother's phone. 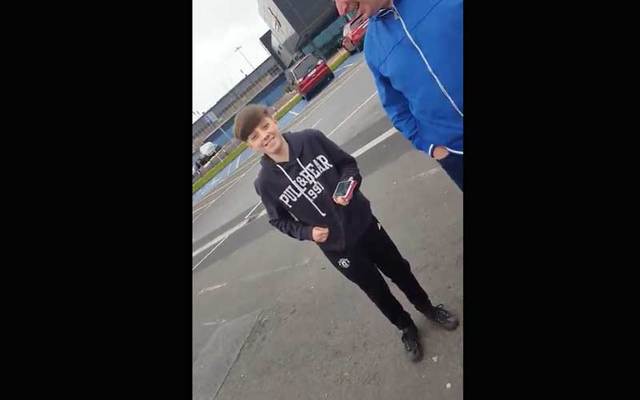 A 12-year-old Irish lad got a happy surprise when he took a ride to Shannon Airport to drop off his grandparents.

In a video posted on April 5, 2017, Sean McGrath stands outside his dad’s car with a bag of coins and prepares to say goodbye to his grandparents.

His dad, Colum, who is recording the scene, turns to Sean’s grandmother and asks her to give Sean her phone.

As she pulls her cell phone out, she asks her grandson, “Will you check the boarding passes for me there, Sean? Just to make sure I have it all right?”

Sean takes the phone and swipes around to find his grandparent’s flight info on an app.

“Check the boarding passes for going away,” Colum tells his son.

As Sean scrolls through each boarding pass, his dad reads the passenger’s name aloud.

“Jennifer McGrath. Now, swipe across. Anthony McGrath.” He tells his son to keep going and Sean finds a third boarding pass with his name on it.

Sean breaks down in tears once he figures out he’s going on a surprise trip to Spain with his grandparents. Even after his dad hands him a suitcase, Sean still can’t seem to believe he’s really going.

Watch the video for his reaction to the incredible surprise.