Two brothers from Cork charmed the audience with their comedy-dance routine to a-ha's 'Take on Me.' 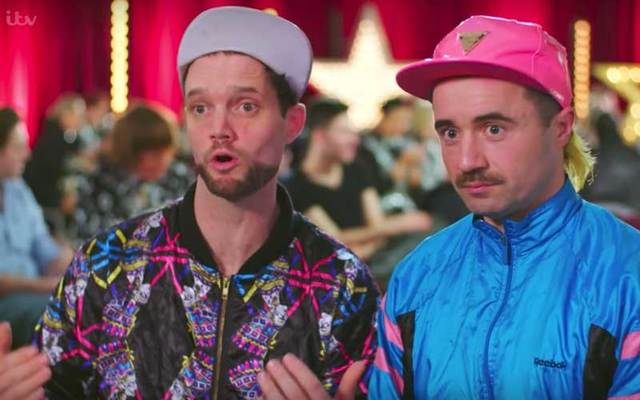 Sean and Seamus on Britain’s Got Talent, YouTube/MusicTalentNow

Two Cork brothers charmed Britain’s Got Talent judges and audience members after performing a comedy-dance routine to a-ha’s 1984 hit Take On Me. The only person not impressed was judge Simon Cowell.

Dressed head-to-toe in 80s gear, Sean and Seamus, otherwise known as the Lords of Strut, said they took time out from working at their uncle’s bistro to demonstrate their skills on the Britain’s Got Talent stage.

Surprisingly, the funny duo actually had some impressive acrobatic skills.

Even though Cowell gave them a thumb’s down, the other judges loved their routine, and the brothers made it to the show’s semi-finals next week.