Can you explain this ghostly figure caught on a dashcam in Armagh?

A terrifying specter was caught walking across a street in Armagh by a dashcam. Is it one of the top ten ghost sightings in Ireland? 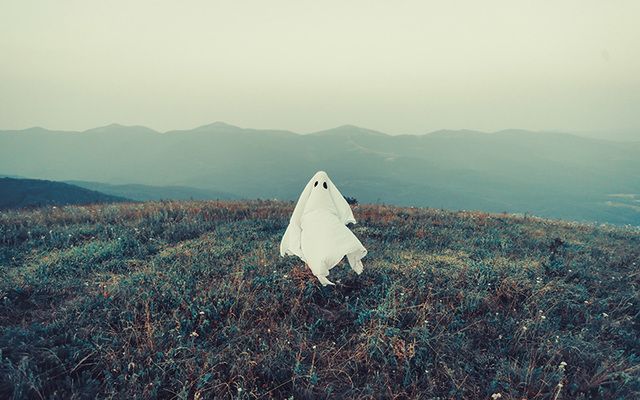 With such a rich array of ancient stories and the home to some pretty spooky folklore, Irish ghost sightings are pretty common, never failing to give us the shivers. This eerie video captured on a car’s dash cam, however, was enough to bring up back to telling Irish ghost stories around the fire and have us looking over our shoulder to make sure there was nothing supernatural looking behind.

Filmed in Co. Armagh, a ghostly specter dressed like nothing you’d ever see today was seen emerging from a line of houses and crossing the street and walking toward the Church of Ireland Cathedral. Captured in Vicar’s Hill the ghost sighting was submitted anonymously to an Armagh website with the contributor simply saying “My granny is still hyperventilating from the shock of seeing the ghost”.

Zooming in o look at the being more closely, it appears to wearing Georgian-era clothes and while it is conceivable that a person was simply playing a bit of dress up, was an actor in a play, or was taking part in a reconstruction, the video still made us question whether we believe in ghosts or not.

As with most old Irish towns, Armagh is already awash with ghost sightings and stories including the tale of the “Green Lady” who would capture children if they stayed out too late. No wonder such incredibly frightening fictional figures such as Dracula were conceived in Ireland with such spooky happenings occurring in every single town and village.

We’ll certainly be sleeping with the lights on tonight!

What do you reckon? A ghost or a wind-up? Have you had any paranormal encounters in Ireland? Let us know in the comments section.