Listen to the feisty exchange between an irate controller and a British pilot. 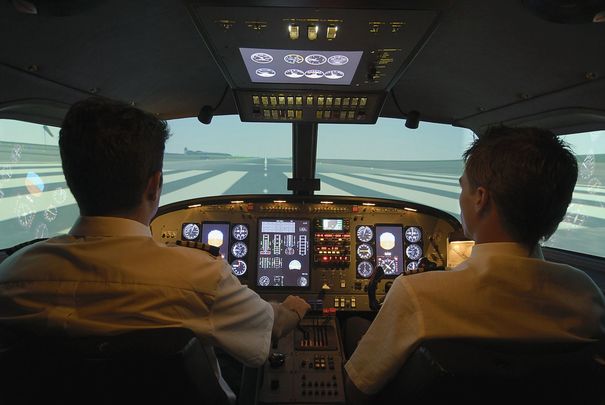 Listen to the feisty exchange between an irate ATC and a passive aggressive pilot. Getty

While all of the emotional hellos and goodbyes were floating around Dublin airport on Christmas Eve, a very aggressive exchange was happening over the radio between an Irish air traffic controller and a British pilot.

The pilot on British Airways flight Speedbird 845 had said they were all prepared for takeoff when they were actually still waiting for the cabin to finish preparations.

“Speedbird 845 there’s traffic behind you waiting to depart, if you’re not ready I’m going to bring you onto the runway to vacate on 34,” the air traffic controller said.

“OK, um, just to the point of order, we’re ready, just waiting on the cabin to be ready, it takes about two minutes from the time we were talking to you just before,” the pilot said.

From here, it gets pretty feisty. As picked up by the Independent, the pilot passive-aggressively tells the irate air traffic controller that her constant interruptions are delaying the process as she repeatedly asks him to vacate onto runway 34.

Hear the rest for yourself:

Pilot: “Yep we’ve just got a phone call standby, and Speedbird 845, we are actually ready.”

ATC: “And for future reference Speedbird 845, err, I suggest you advise the, err, ground controller that you are unable to take departure yet and you shouldn’t really be taxiing out to E1 when you’re not ready for departure because there is traffic behind you, waiting, that is ready.”

Pilot: “Speedbird 845, we’re just doing the checks whilst err, whilst you keep talking over us standby.”

Pilot: “Madam, we are fully ready. We’re just trying to complete the checklists, but, er, you just keep interrupting our checks. Standby.”

The recording then broke off to speak to other aircraft, but then it resumes for another testy exchange again.

ATC: “Except when I instruct you three times to vacate because there is traffic behind you.”

And with that, the aircraft departed Dublin Airport.

British Airways said in a statement: “This is an edited segment of a conversation. Our flight crew have great respect for the professionalism of air traffic controllers and the work that they do. Safety is always our top priority.”