A fake meteor strike in a Northern Irish school turned a prank video into an unusual lesson with an impact. 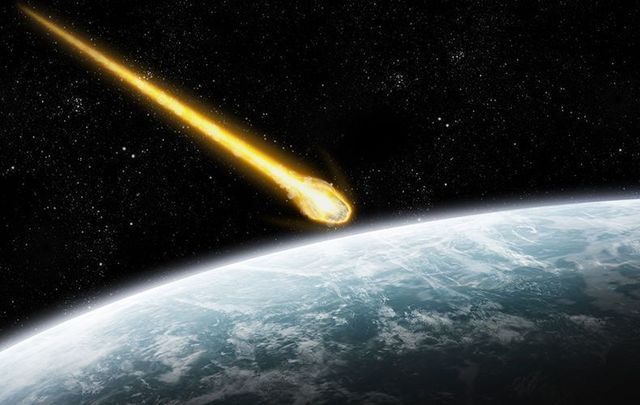 A fake meteor strike in a Northern Irish school turned a prank video into a unusual lesson with an impact. iStock

This fake meteor strike is a lesson these students will certainly never forget.

A fake meteor strike at an elementary school in Co. Down has certainly made a big impact on the local community, with teachers, parents, and local businesses coming together to ensure that the students received an out of this world surprise when they walked through the school gates last Monday.

Castle Gardens Primary School in Newtownards was the scene of a meteor strike, it appeared, over the weekend and students were ferried past the crash site and ushered through the main gate as they started a new week of school.

Despite the damage seemingly caused to the school’s yard, however, the shower was nothing more than a fake meteor prank put together by the local community to bring the students together for both educational purposes and to give them a little bit of a respite from thinking about the exams they’d just taken a few days beforehand.

Complete with a fake meteor strike video showing a clump of rock pounding into the land outside the school, the weekend was spent setting up the scene for students on Monday, who were then asked to put on their science and journalism caps and investigate some more.

NEWS ALERT We've had strange happenings in the Castle Gardens' playground overnight! The rear playground has been secured and children may only enter via the main entrance. We need budding scientists to investigate extra terrestrial material! @ArmaghPlanet @ArdsNthDownHour pic.twitter.com/JBPJ9s0f7d

Using a granite boulder and some trees that were damaged by a recent storm, transported to the crash site by a local tarmac company, the scene was set for disaster to strike, with the Northern Ireland police force even making an appearance to investigate.

"It gives the children the chance to experience and imagine an event they'd otherwise only see on video clips or photographs," school principal John Gray told the BBC.

"We deliberately timed it to be the first Monday after the first AQE transfer paper so that pupils could take their minds off the test for a few hours.

"We're also getting our pupils to write news reports and blogs about the event, and the local Newtownards Chronicle newspaper will be carrying out a workshop teaching them how to write an effective news report.

"We're also asking pupils to use iPads to create videos about what happened.

"With so many negative stories about education budgets, this is an example of the lengths that some schools and their local communities go to to ensure the best learning opportunities to children," he added.

The meteor may have been fake and simply a prank but it certainly caused a mess! Image: Castle Gardens School.

Parents were eager to get in on the action with one father, Michael Paul, who had helped pull the prank together, telling the BBC: "It's a great idea, and one the children will remember into adulthood.”

"It may be a hoax, but it's been great fun and has brought the school community together."

What’s your favorite memory of school in Ireland? Did you teachers ever play pranks? Let us know about them in the comments section.