There's always a few tears of joy shed at the arrivals gate of airports around Ireland at Christmas but this homecoming, in 2015, was extra special. 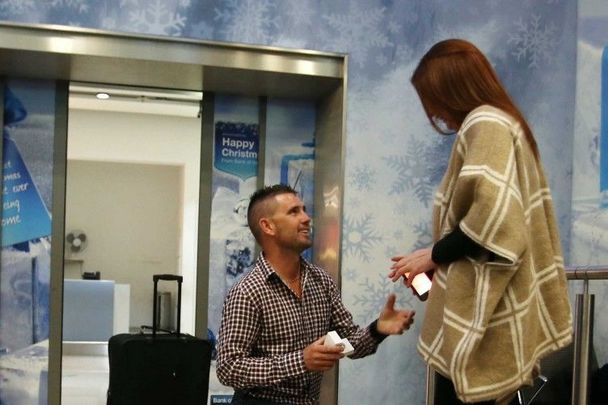 There's always a few tears of joy shed at the arrivals gate of airports around Ireland at Christmas, but this particular homecoming was extra special.

Emotions are high around the arrivals gate of Dublin Airport this time of year as family and friends make their way home for Christmas.

Read More: Celebrating the joy of Irish airport arrivals ahead of Christmas

Among the many happy homecomings, there was also romance in the air back in 2015.

Reporter Juliette Gash teased what was sure to be a very romantic surprise on Twitter:

Crowds gathered at the arrivals hall at Dublin Airport bore witness to perhaps the ultimate display of romance when Irish man Martin Mulroe, who had been in Australia, walked through the doors and promptly dropped down on one knee to propose to his girlfriend Louise Mooney.

The lovely pair surely enjoyed a magical Christmas after she said yes!

Here’s a video of the proposal: