Starting back in 2001 as "just a bit of craic", this 3-legged fundraiser race in Copenhagen, Denmark, sponsored by Guinness, is certainly a different way to spend the day. 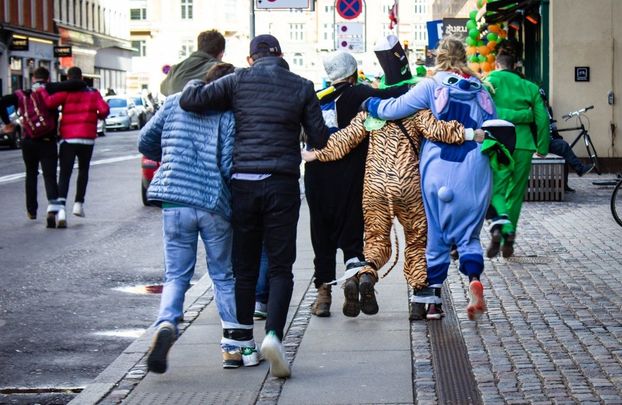 Copenhagen mightn’t be the first place that comes to mind when you think of St. Patrick's Day celebrations around the globe, but with its unique 3-legged tradition, the city appears on numerous lists of the best places in the world to celebrate the Irish national holiday.

Starting back in 2001 as "just a bit of craic", this Guinness-sponsored fundraiser is certainly a different way to spend the day. The race requires both skill and balance as racers are tied together in teams of two and asked to move at a steady pace through a 2.6 km route. There are pitstops at 5 of the city’s pubs, and racers drink a beer in each one.

In 2022, racers can look forward to some improvement including new leg-ties. For many years, duct tape was used, and although effective, it wasn’t very sustainable. So, this year racers will be tied with reusable Velcro leg-ties which they’re asked to return to any of the pubs on route.

And, even if you're not in Denmark this St. Patrick’s Day, you can still be part of Shamrock Love and maybe even win a trip for two people to Dublin’s fair city.

Sowing the seeds of Shamrock Love

For the last two years, like so many other fundraising events, the world-renowned 3-Legged Charity Race was canceled. But despite this, Shamrock Love continued fundraising.

According to organizer Siobhán Kelleher-Petersen:

“After the race was canceled in 2020, we continued fundraising and the response was just amazing- we raised $2,227 (~€2,015) for our 3 charities. The money sent to CCAFO was used to buy bars of soap and hygiene kits for children at 19 village preschools. It was a small donation, but it made a world of difference to our charities, especially at such an uncertain time.”

All money raised by Shamrock Love will be donated to Danske Hospitalsklovne, LauraLynn, and CCAFO.

Donate to Win: Trip to Dublin

The 3-Legged Charity Race is one part of the fundraising, and in March 2022, Shamrock Love is giving away a special prize to one lucky donor.

“Thanks to Guinness, one lucky donor will win a trip for two people to Dublin including a Guinness Day Out. Anyone who donates will be in with a chance to win and with such a brilliant prize we’re hoping lots of people will donate and share our giveaway. In March 2022, we want to keep sowing the seeds of Shamrock Love.” 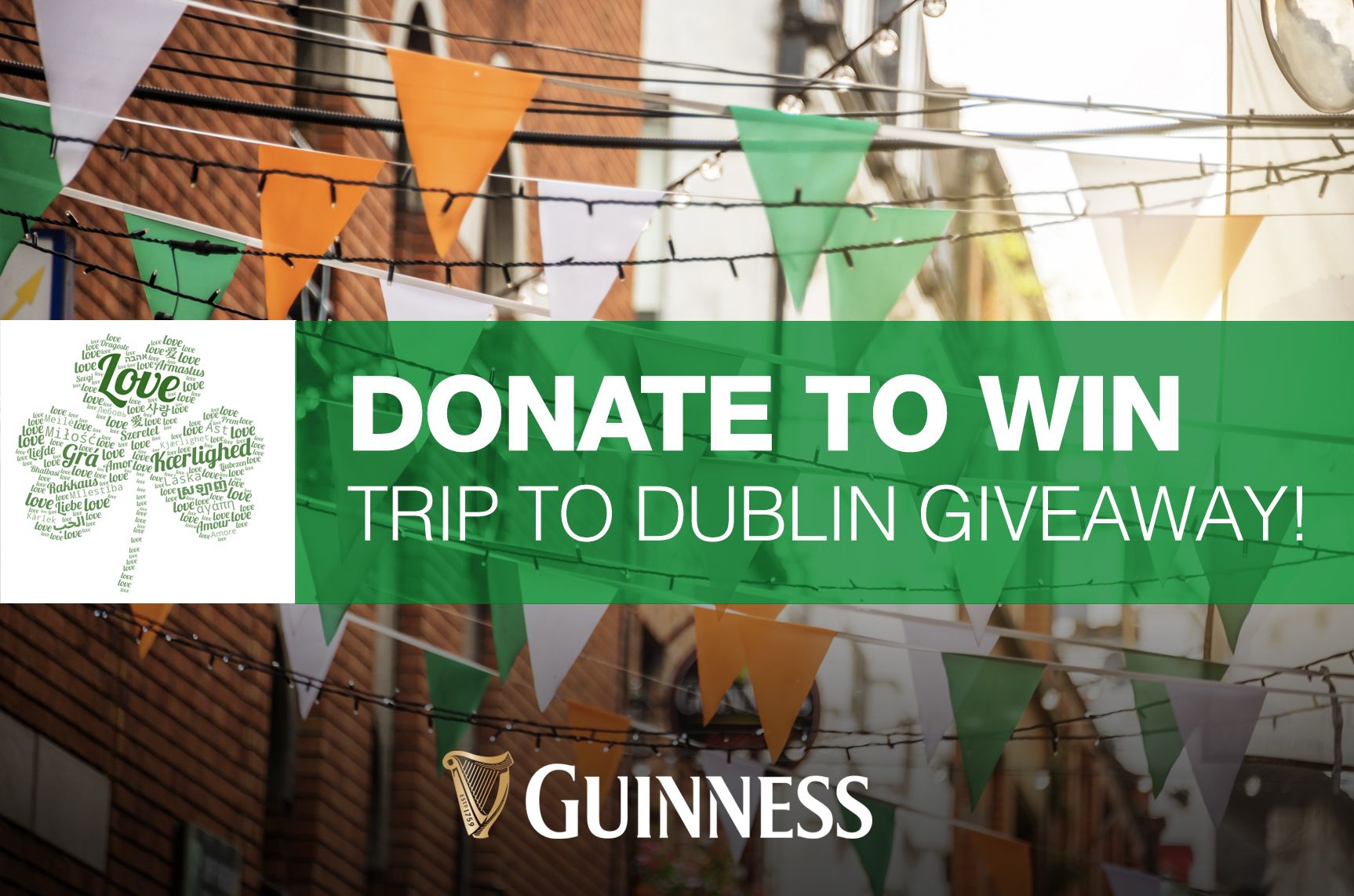 It’s been over two decades since the 3-legged race first took to the streets of Copenhagen. In that time, the race has built up an incredible community of racers, volunteers, and supporters. And, after the last two years, everyone is excited and raring to go.

“We can’t wait to be reunited with all our 3-legged legends and friends. The pubs are open and ready to welcome everyone again and we have a feeling this year will be a party like no other.”

Do you want to be a part of Shamrock Love?

You can enter Shamrock Love’s Donate to Win competition by donating a minimum of $7.50 (or €7) to PayPal or GoFundMe. Find out more on our website.