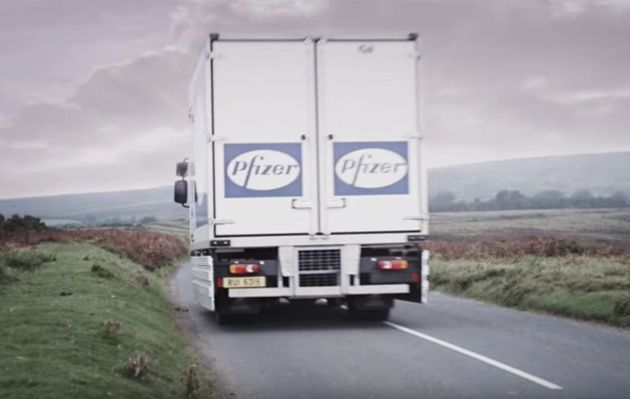 A still from the film Holy Water, about Ireland's viagra town

Locals in a small village in Cork that manufactures Viagra have said the factory’s fumes have boosted their sex lives and people even relocate to the area because the air is such an aphrodisiac.

US corporation Pfizer have been manufacturing Viagra in Ringaskiddy for over two decades and the firm denies its factory is causing air pollution, “It’s made under the strictest supervision of the U.S. Food and Drug Administration and the Irish Environmental Protection Agency. There can’t be any kind of emissions.”

Their insistence however is often met with a wry chuckle from locals and jokes that even the dogs benefit from the plant’s location.

“They’re grinding the tablets and the wind is coming from that direction. So there’s bound to be a certain amount in the air all the time,” was the theory of one local man, Charles Allen.

Never let the truth in the way of a great story ! I was taken to the ferry boat pub during my 1st racing in Cork,village had been taken over by 'travellers' so messy @Murnango @SafehavenMarine Ireland’s Viagra village laughs off stiff British competition https://t.co/fpfjv6InaS

Another, James Hartnett, even thought the factory had had an effect on the area’s birth rate: “a man started work at Pfizer and nine months later his wife gave birth to quadruplets,” he told a reporter.

Viagra is used by an estimated 30 million men worldwide and was discovered by British scientists investigating how to cure high blood pressure. Eyebrows were raised after male patients trialing the drug declined to return their unused medication and the laboratory realized it had stumbled on a potential goldmine: the discovery has made Pfizer one of the world’s richest companies and Viagra is one of Ireland’s most successful export products.

Read More: 'Irish Viagra,' and the law about Irish jokes