Is this Cliffs of Moher waterfall going up instead of down?

It's one of Ireland's most popular tourist attractions but how many visitors have seen something like this at the County Clare beauty destination? A waterfall flowing upwards! 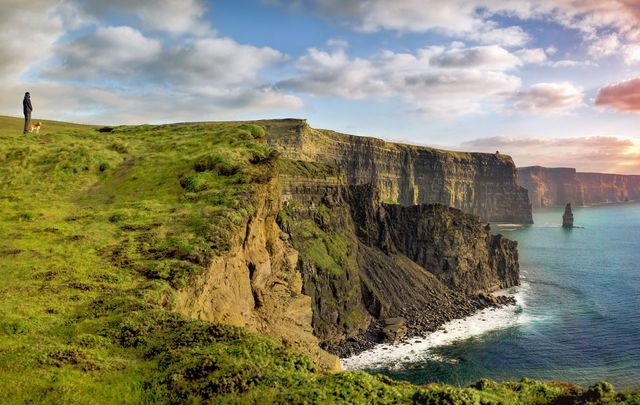 The beautiful Cliffs of Moher, in County Clare. Getty

It's one of Ireland's most popular tourist attractions but how many visitors have seen something like this at the County Clare beauty spot? A waterfall flowing upwards!

Well, now we've seen everything! In Nov 2019 a hiker walking along the Cliffs of Moher with some pals took this amazing footage of what appears to be a waterfall flowing upwards.

Garry McNab took this amazing video and posted it to Reddit, on Nov 4, since then it's gone viral and has even been picked up by ABC News in the United States.

Winds blowing off the Atlantic Ocean can be fierce and in this case, the wind is literally blowing the water against its natural trajectory.

While backward flowing waterfalls have been known to exist in particularly strong winds they are a very rare phenomenon, one this hiker and his friends were lucky to witness.

It's essentially an optical illusion thanks to Mother Nature.

Ordinarily, the Cliffs of Moher are a lot tamer, although it is, of course, advised to be very careful along the cliffs. The cliffs stretch along five-miles of the coast of the Wild Atlantic Way and they usually offer dramatic views of the ocean that will take your breath away.

Best to try to visit on a clear day when the sun's out!