Classic Irish Christmas mishaps will have you in stitches 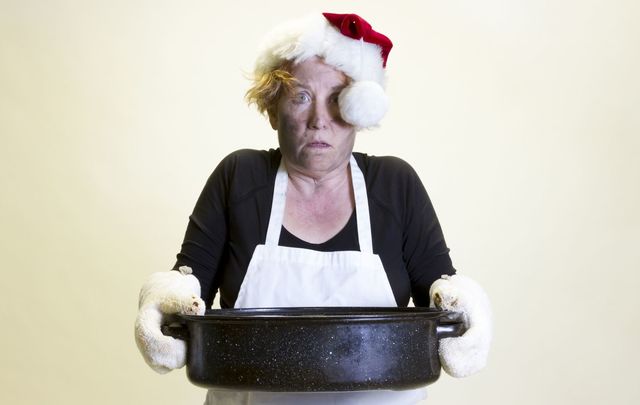 The less perfect, yet hilarious, side of a classic Irish Christmas dinner

Bickering, struggles with presents, and dinners going drastically wrong are all a part of a classic Irish Christmas Day but we wouldn't change it for the world.

The aim to be perfect at Christmas time is ever-present but the below video from the Irish TV show "Republic of Telly" shows that we all have the same little arguments and mishaps on Christmas Day and throughout the holiday season that are best just to laugh at.

Featured in the RTÉ skit are a stereotypical Irish couple from the '80s named "Bridget and Eamon," who have since been given their own spin-off show which streams on Hulu if anybody is interested in laughing some more at 1980s Ireland.

From Skyping with the kids to the chain-smoking mother with the wooden spoon bickering with the apathetic father, most Irish people will see something they recognize or remember about a traditional Irish Christmas here.

Take a laugh at ourselves and try not to let the holiday get on top of you this year!

See any similarities between this and your own Irish family Christmas? What are your favorite memories of Christmas in Ireland?