Angela Yen, 27, underwent tonsil surgery on April 19 and was astonished when she woke up with a newfound Irish accent 10 days after the procedure. 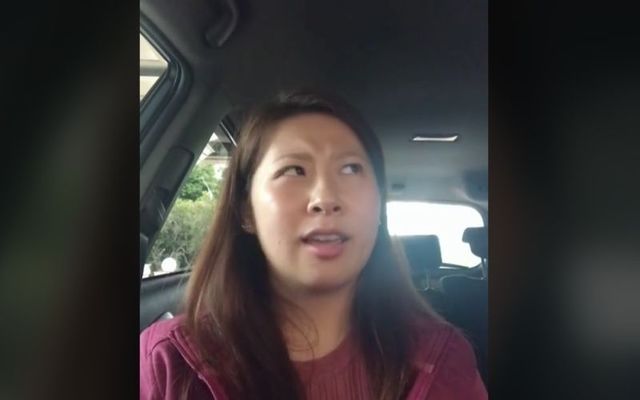 Yen said that a neurologist has agreed to help diagnose her condition. angie.mcyen TikTok

An Australian woman who has never been to Ireland has gone viral on TikTok after claiming that she woke up from surgery with an Irish accent.

Angela Yen, 27, underwent tonsil surgery on April 19 and was astonished when she woke up with a newfound Irish accent 10 days after the procedure.

"I took a shower and I usually sing when I'm showering and all of a sudden I was talking in an Irish accent," Yen said on TikTok.

Yen said that she has never been to Ireland and that she has talked with an Australian accent ever since she moved there when she was eight.

The Australian said that she simply couldn't "shake" her Irish accent and revealed that she did a job interview while speaking in an Irish tone.

Day 1: I woke up with an Irish accent ? ##sendhelp

She also told viewers that she is seeing a neurologist who is willing to help diagnose her condition.

Dr. Karl Kruszelnicki, a science author and commentator, addressed Yen's condition in a TikTok post and explained that she may have Foreign Accent Syndrome.

He said that the unusual condition is related to a brain disorder caused by head injury, stroke, or surgery. The condition can also be related to diabetes, immune disorders, and other unknown causes.

"It's not a real foreign accent, but rather a damaged form of the person's native language and accent," Kruszelnicki said on TikTok.

Kruszelnicki said that the condition can be fixed through speech training.

Doctors, however, are reportedly perplexed by the unusual side effect as Yen has no neurological symptoms.