Paddy Moloney was working on "Chronicles: 60 years of The Chieftains" in the months before his death. 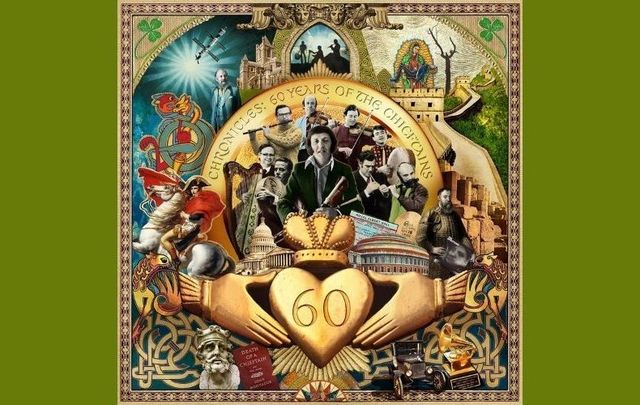 “Paddy Moloney’s amazing drive and single-mindedness knows no limits and his part in the success of The Chieftains can never be underestimated,” John Glatt wrote in the authorized biography of the group in 1997.

And Paddy continued to devise and create up until his sudden death last month, working on Chronicles – 60 Years of the Chieftains.

“With the blessing of the Moloney Family, The Chieftains and Claddagh Records release a complete career retrospective, featuring over 60 audio and visual tracks from the world’s most celebrated traditional Irish band,” a statement from the Moloney family and The Chieftains this week explained.

“Over the last few months, Paddy was instrumental in putting the Chronicles project together- whether it was choosing versions of a recording to include, working on the track list, or approving the artwork – he really enjoyed being involved and it meant so much to him seeing this come together on Claddagh Records, The Chieftains first ever record label, and one which Paddy ran for several years, producing much of its catalogue."

"We are so happy that he got to see the final version. The album is a fitting tribute to Paddy and The Chieftains,” the statement added. 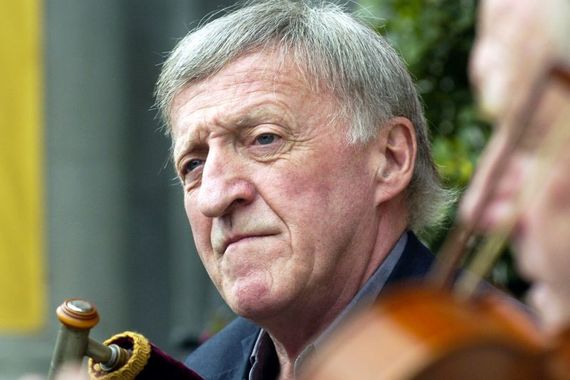 In advance of their 60th anniversary next year, The Chieftains will release Chronicles: 60 years of The Chieftains on November 12 on the Claddagh Records label.

The relationship with Claddagh Records goes back to the 1950s when a young Paddy Moloney met Garech Browne, son of Lord Oranmore and Browne and Oonagh Guinness, a member of the world-renowned brewing family, at a music festival in Co Clare.

The two struck up a friendship and soon after Browne set up Claddagh in 1959, he invited the newly formed Chieftains to make their first recording on the new Irish label.

Over the next six decades, Paddy Moloney led The Chieftains to phenomenal global success.

The Chieftains 60 project was postponed following the untimely death of Paddy Moloney, the group’s founder and leader, in October.

However, following consultation with Paddy’s family and the remaining members of The Chieftains, the project has now been completed as Paddy wished with the original artwork, tracklist, liner notes, and footage.

The release marks the first time ever a complete career retrospective from The Chieftains has been released and includes tracks from across the band’s discography - from their very first album release Chieftains 1 right up to their most recent studio album release Voice of Ages - and includes seminal collaborations with The Rolling Stones, Paulo Nutini, Diana Krall, Alison Krauss, Van Morrison, and Sinéad O’Connor.

Chronicles: 60 years of The Chieftains will be available across multiple formats including 2CD, 2CD/DVD, 2LP, 3LP (Ireland only), Digital Standard, and Digital Deluxe.

Founded in 1962, winners of six GRAMMY® Awards and an Academy® Award, The Chieftains have popularized traditional Irish music worldwide during their 60-year career. Their ability to transcend musical boundaries to blend tradition with modern music has notably hailed them as one of the most renowned and revered musical groups to this day.

Their repertoire was, and is, largely of Ireland. Well-established dance tunes such as Drowsy Maggie and The Chattering Magpie were given a new invigorating life by the group, not to mention eminent songs and airs that might be described as their signature tunes.

Foremost among these must be Mnaì na hEìireann (The Women of Ireland) whose haunting melody, composed by Seaìn Oì Riada, continues to resonate and remain relevant in the twenty-first century. Their instrumental version was released in 1973 on the album The Chieftains 4 and their version of the song, based on the Irish of the eighteenth-century poet Peadar Oì Doirniìn, features prominently on the soundtrack to the film ‘Barry Lyndon’ released in 1975. Kate Bush, Mike Oldfield, and Sineìad O’Connor are among the famous performers of the piece.

Their inspirational musicianship is reflected on tracks such as Brian Boruì’s March from The Chieftains 2 and Carolan’s Welcome on The Chieftains 9 (Boil The Breakfast Early). Drawing from the vast well of Irish tradition, this ensemble blended old and new and remained totally committed to their genre.

In addition to the audio recordings, Chronicles: 60 years of The Chieftains also includes a bonus DVD that gives an insight into the visual history of the band. The performers’ hairstyles and fashions may have evolved down the years, but even now as they approach their 60th anniversary, that magical experience The Chieftains give their listeners is as strong and as vibrant as ever.